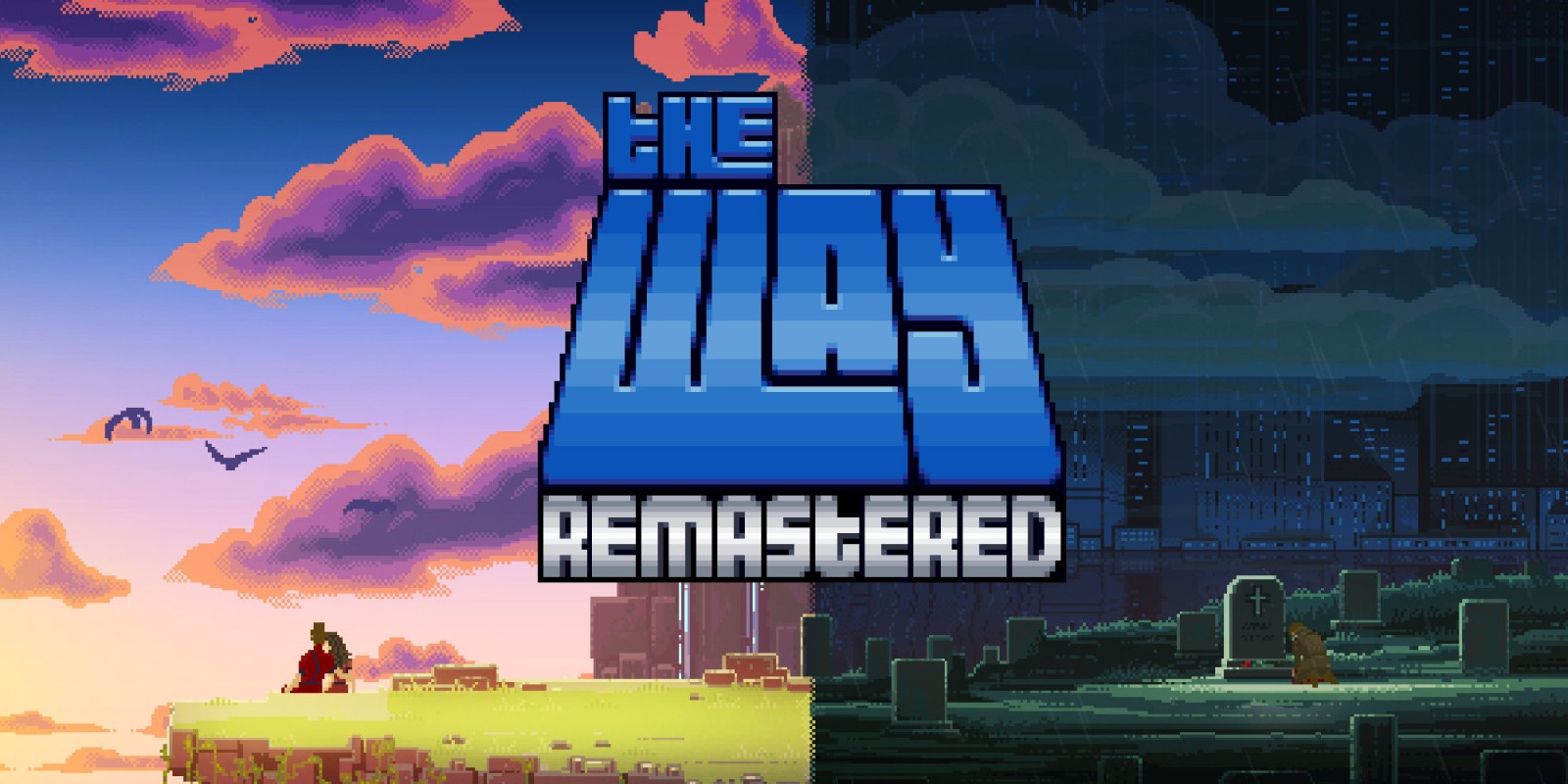 The Way Remastered was originally released by developer Puzzling Dream as The Way on Steam last year. It received a mixed reception with some feeling that the originals checkpoint system was far too punishing. While playing through this version on the Nintendo Switch I can say that I’ve found the checkpoints to be much more forgiving and it makes the game much better because of this.

You take the role of Major Tom after the tragic death of his wife and he cannot accept her departure from the world. The story of Tom is tragic and even after his wife has died, the people in your life seem not to care. Tom eventually takes matters into his own hands and ends up digging the corpse of his wife out of the earth and throwing it into an incubation chamber in his van. Through his research, he has discovered that there may be a Hidden Temple of Life that he believes will be able to revive her and this will see Tom visit many different locations to do whatever it takes to bring her back.

First off, the music in The Way Remastered is exceptional and I was impressed with the synth-driven flourishes just from the beginning. The storytelling around the music helps you identify with Tom and the somber mood he is feeling with the death of his wife. He has no choice but to try and revive her and the music drives this point home. There are also short snippets of dialogue scattered throughout the environments where Tom moves to and it really helps you connect with his fractured soul. Tom is fully voiced, and while it is a little stiff worked well and was convincing enough to create a sense of desperation within the character.

Influences are taken from the early science fiction games of the 90’s with Another World, Heart of Darkness, and Flashback. While we all probably remember these games through the rose-tinted glasses of nostalgia, they had their own issues as well. Playing through The Way Remastered I can’t help but feel this is a spiritual successor to those groundbreaking titles, but with the positives, nostalgia can bring there are also the archaic mechanics and design decisions from those titles of yesteryear that persist today.

The art style of The Way Remastered also harkens back to these classic titles, with the opening in particular, displaying a great amount of atmosphere. The overall presentation is similar to Beneath the Steel Sky in terms of the color palettes and Another World in graphical delivery. Character animations are suitably retro in style, and while clunky are serviceable and get the job done. You are able to get a gun early on, but it is lackluster in how it fires and luckily you won’t be using it very much on the adventure.

Backdrops and vistas are where The Way Remastered excels and I was impressed with the amount of detail on display even with using the retro graphical style. Lighting in particular, was well captured with stark contrasts made between the environments to keep them engaging. Unfortunately, some of the enemies you encounter are poorly animated, only having a few animations they cycle through and lack variety which was disappointing.

Controlling Tom can be a hassle at times, but is serviceable for the most part. You control Tom with the left analog stick and the A, B, X, and Y buttons are used for interacting with the environments and navigation. Oftentimes the left stick is used to enter doors or new areas by pressing up or down and the right stick is used for aiming the pistol with a laser sight and is fired by pressing a trigger. You can jump by pressing the B button and you can crawl by pressing down with the angle you intend to move. This is hit-and-miss though with some poor animations that make platforming less fun than it should be.

Much of the gameplay revolves around puzzle solving with your initial mission consisting of breaking into a facility Tom works in, steal a ship, and blast off with the corpse of your wife to revive her. Puzzles for the most part, are logical and don’t demand too much lateral thinking, although later in The Way Remastered they certainly become much more trickier. What is nice from the original release is how the save system works and I rarely ever went nothing more than a screen back each time I failed, decreasing the amount of frustration one could feel.

This goes into my last point and it’s about a game-breaking bug that can wipe out all your progress when you are about halfway through the title. I encountered this before the developer issued a statement regarding a post-game patch that has been implemented as of the time of this review. Needless to say, I was not thrilled having to play through a large part of the game again, but my intrigue in the story and character helped me persevere.

Overall, The Way Remastered is a decent value for a solid adventure title that looks great and has an excellent musical score. The gameplay and minimalistic nature of the title detract from a great story, but the challenging puzzles were well done and added to the presentation. Hopefully, the game breaking bugs I encountered won’t occur for anyone else because this is a unique adventure with much to enjoy and only a few blemishes.