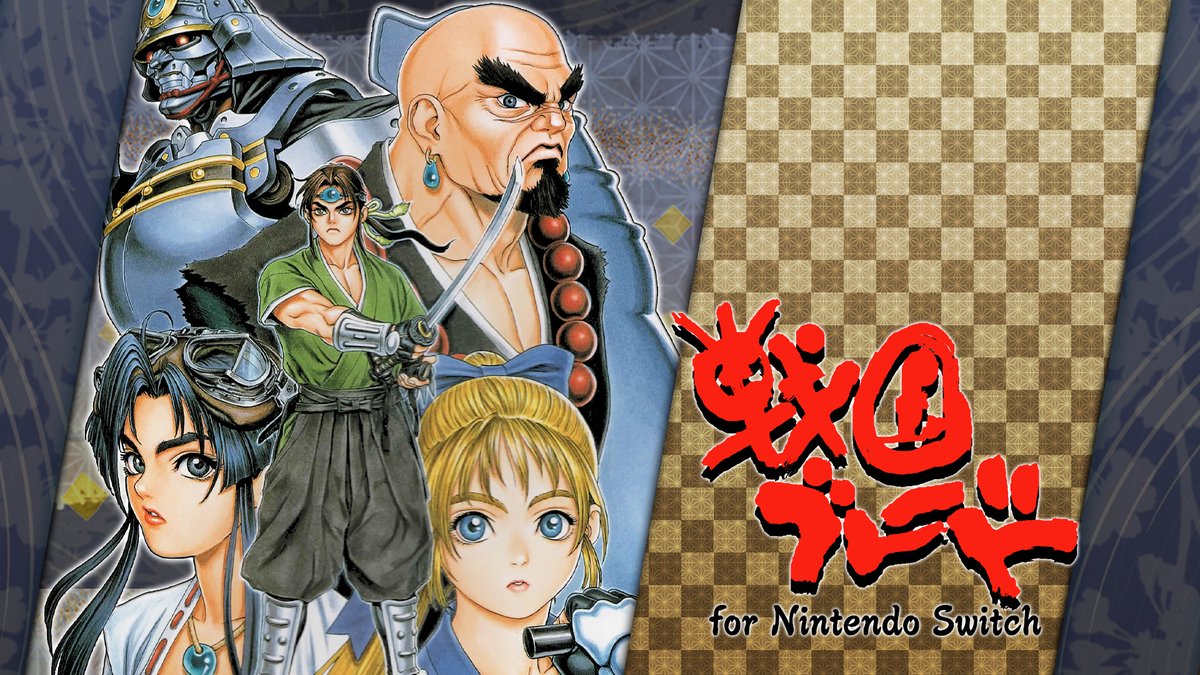 Developer Psikyo released their first game in 1993 titled Sengoku Ace, or Samurai Aces in the West. This was a top-down bullet-hell shooter inspired by Japanese lore in the “Age of Warring States”. Two years later they released a second episode to Samurai Aces with Sengoku Blade or Tengai in the West, and this appeared in arcades and on the Sega Saturn console. Now, thanks to the renaissance of classic games coming to the Nintendo Switch every week, we can play the unique scmup styled shooter called Tengai, anywhere.

You could criticize shoot em’ ups for being very similar to one another, and sequels in particular for lack of creativity and differentiation from the original title. At first glance it could be hard to distinguish between these types of shooter, fortunately, it’s very easy to see the difference from Samurai Aces to Tengai as it is now horizontal. Despite that significant change, the gameplay remains similar to other top-down shmups on the market, although there are some major differences that make Tengai stand out.

One difference that is immediately noticeable in Tengai is that instead of planes you control the actual characters and each one is accompanied by a Familiar: a small animal that brings some additional power similar to Gradius. They don’t just stand around and shoot bullets though, if you keep the Y button held down, each Familiar has a special attack that can make the difference in a hectic battle or boss fight. Each Familiar varies depending on the character you choose and this makes choosing the right character for your play style important.

Another difference that helps distinguish Tengai from other shmups is how you suffer damage. As usual, if you’re a hit by a stray enemy bullet you’ll immediately die, but instead of you’re hit by the actual enemy from touching them or by a physical attack you’ll only power down. Of course, if you’re already at the lowest level you’ll simply die, but otherwise, you get a second or third chance.

Graphically, Tengai is a beautiful retro-styled game with an amazing scrolling effect. Highly detailed backgrounds and dynamic stages really shine through whether on the big screen or in handheld mode. Bosses are big and powerful, and usually transform during the fights with sever cool looking animations. The soundtrack, while it doesn’t standout, is true to the time period of feudal Japan and has some catchy tunes that I wish had more variety.

Before beginning a run, you’ll have the usual choice of difficulty options, but with a much wider gamut to select from. If Tengai is too hard you can go down to Easy, but it also goes down further to Very Easy, Child, and even Monkey?… which still requires some skill in order to beat. Once you’ve selected a difficulty you get to choose a character, and I appreciated how different each character looked and played with different firepower and special moves. It’s great to have such an eclectic group of characters to choose from, with me enjoying Junis in particular for her humorous quips to her lemur Familiar.

Overall, Tengai is an incredibly well-done port of a series and a unique shmup that stands out from the barrage of shooters hitting the eShop. If bullet-hell shooters aren’t your thing then this may be harder to enjoy, but the beautiful retro visuals, compelling cast of characters, and solid gameplay make this an easy title to recommend. Tengai can definitely hang with the best shooters on the Switch and its replayability and charm will make it a title you can keep coming back to.