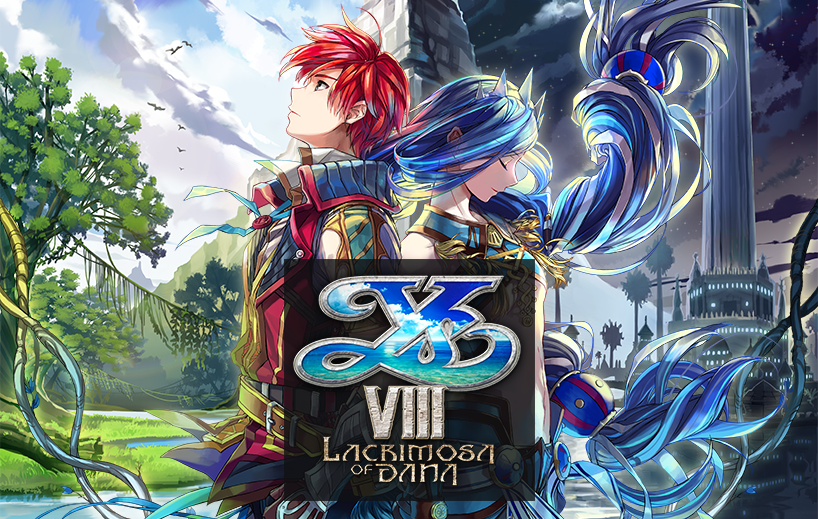 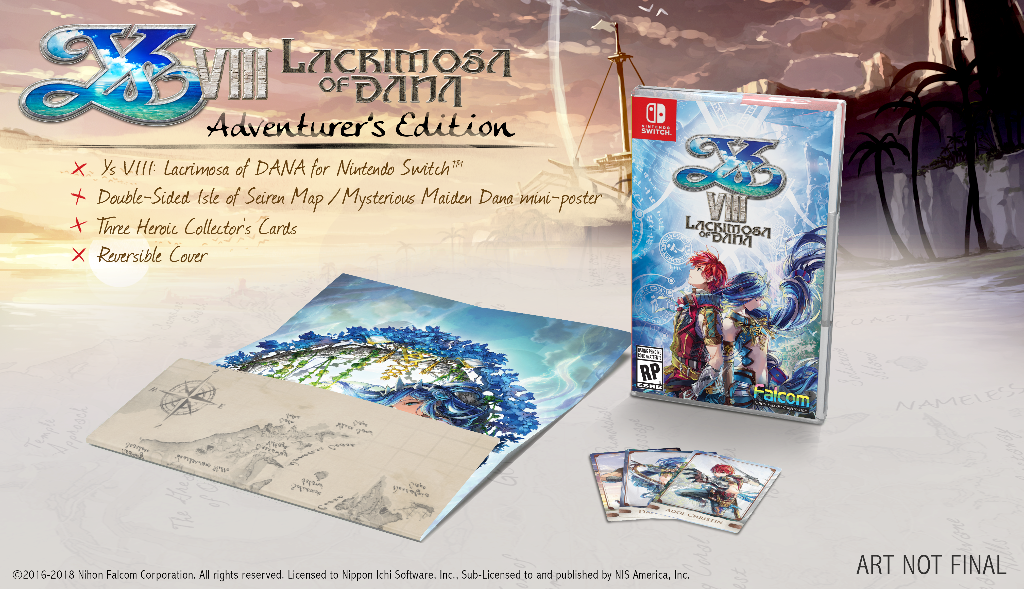 When NIS America revealed Ys VIII: Lacrimosa of Dana for Nintendo Switch, back in January, they did so without announcing a release date. But don’t worry, things have changed and today both the European and North American release dates, have finally been announced. As usual they’re 3 days apart, with it first becoming available in North America on June 26 and then on Europe on June 29. The official announcement can be seen below:

The definitive experience of the latest Ys adventure, Ys VIII: Lacrimosa of DANA, arrives on Nintendo Switch™ June 26, 2018 in North America and June 29, 2018 in Europe! Explore the mysterious Isle of Seiren and find out what lies behind Adol’s dreams of a mystical maiden named Dana, featured here in our newest trailer:

The Nintendo Switch™ edition of the game comes with content from both the PS4 and PS Vita versions. In addition, the Day One Adventurer’s Edition contains a reversible cover, an exclusive foil pack of three character cards featuring Adol, Dana, and Dogi, as well as a double-sided poster featuring Dana and the Map of the Isle of Seiren!