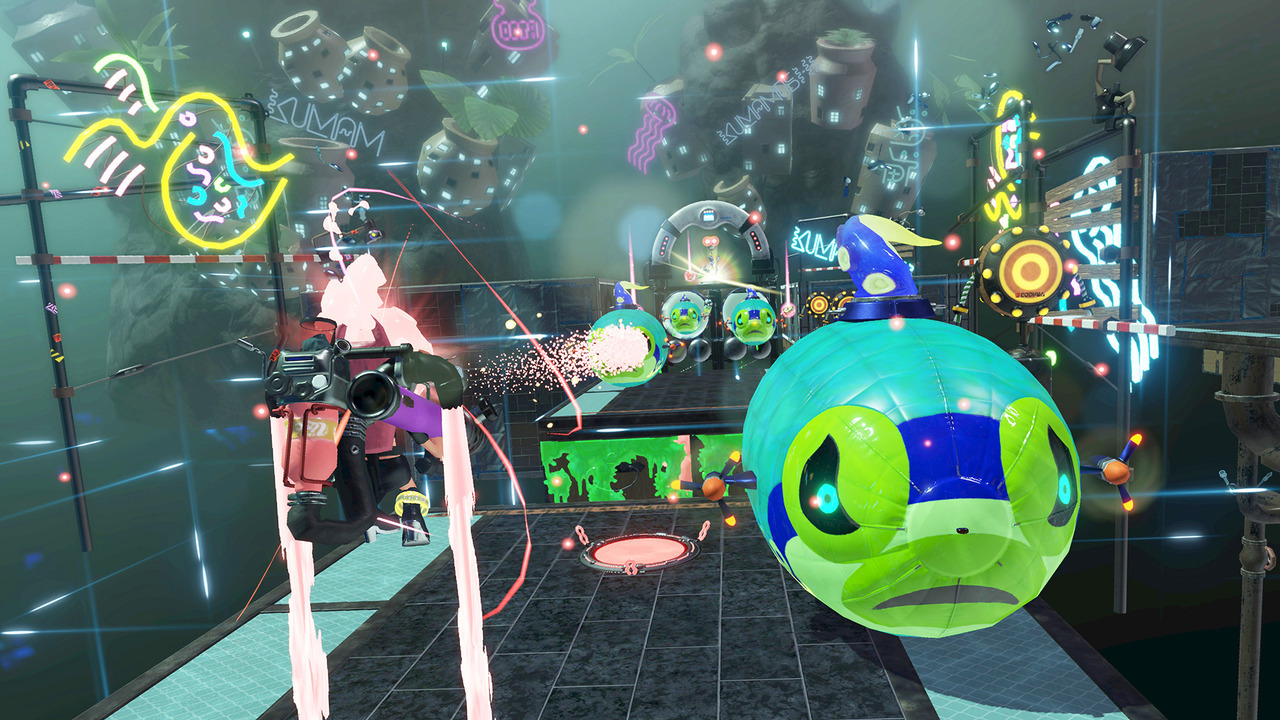 Once again, additional details concerning Splatoon 2’s Octo Expansion DLC, have arrived and this time, it concerns the name of the underground realm players can expect to spend time in and what awaits them at the various stations. Photos and details can be seen below:

This is Cap’n Cuttlefish, leader of the New Squidbeak Splatoon, which secretly protects the world of Inklings from Octarian forces. He looks very old, but won fame as a brave fighter. Along with his apprentice Agent 3, he’s been out on patrol. Unfortunately, it looks like he somehow strayed into this underground world and lost track of Agent 3 as well.

In order to move around the underground world, a subway system called Deepsea Metro is essential. The ecosystem of the underground seems to have developed uniquely within its closed environment. Therefore, passengers you can see in the subway look quite different from residents above ground. And while they look a bit grim, it seems they’re not bad guys.

This is one of the stations where Deepsea Metro stops. Each station is directly connected to a respective test facility in which various tests await Agent 8. Each station will offer a unique test; for example, there appears to be a test in which you must clear an area only using special weapons.