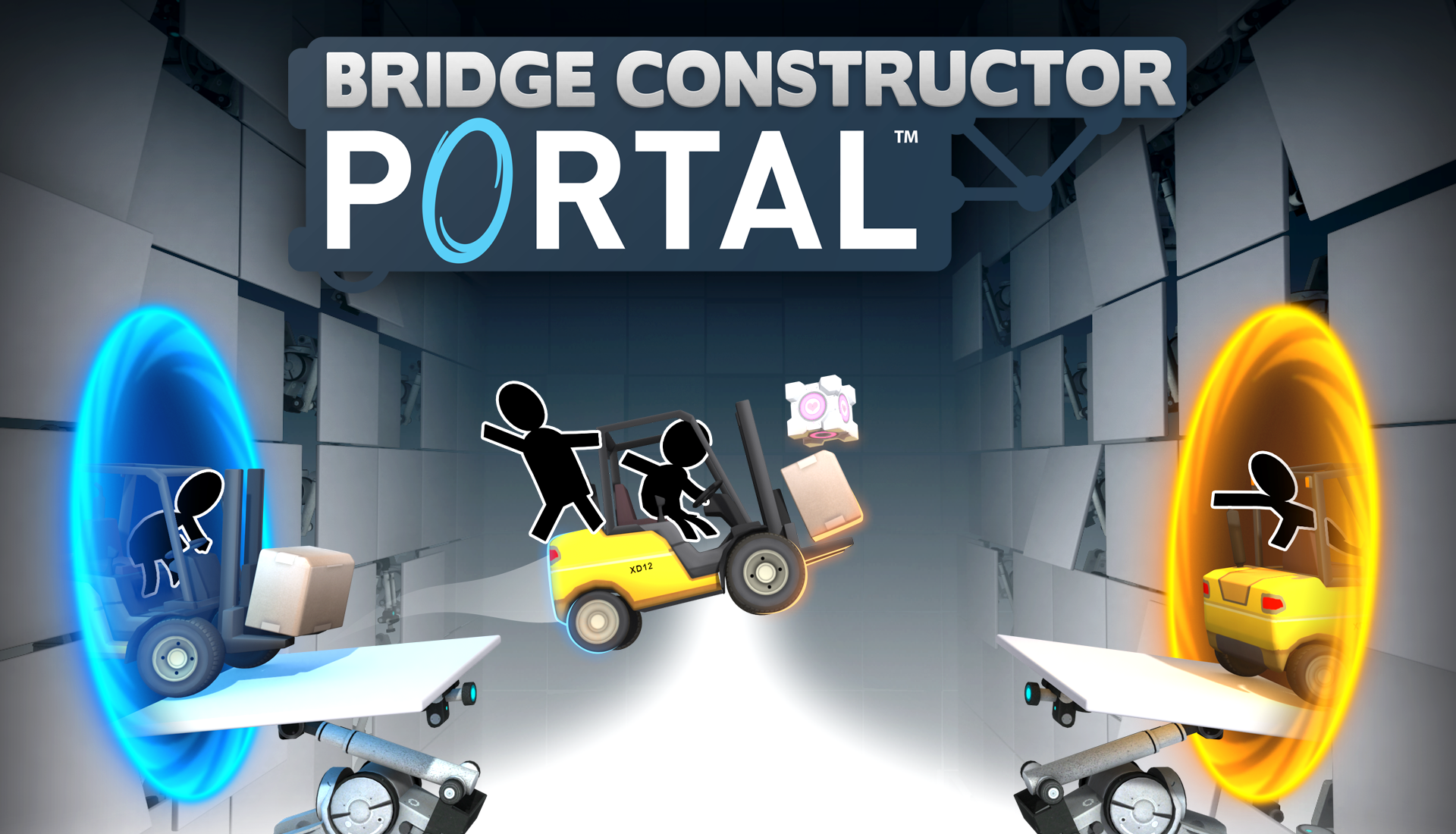 While being a great homage to its original source, Bridge Constructor Portal left me longing for more… more cake.

I think I can say this on behalf of everyone, but, when the Nintendo Switch was first announced, I don’t think anyone could have expected to see GLaDOS on their handheld. For a franchise that was so close to being forgotten by its creators and being ignored for more than 7 years since its previous instalment, Bridge Constructor Portal puts a twist on the original first-person shooter/puzzle game while keeping the overall charm that the predecessors nailed perfectly. Even though it’s safe to say that we probably won’t see Portal again for a good long while, if you’re looking for a quick, thought-provoking game that will inspire nostalgia of the early days of modern gaming, Bridge Constructor Portal is the perfect game to fill that hole — and it’s portable!

While Bridge Constructor Portal drops the traditional first-person-shooter style gameplay from the franchise, the core philosophy of solving puzzles by utilising portals is still here, and while it is a lot slower and more methodical, it still strangely holds the charm that the other games achieved so well. However, unlike the previous games, you don’t take control of the already established protagonist, Chell, but rather, an employee at Aperture Science. It’s your job to make bridges to guide stick figures (also known as Bendies) through test chambers on their forklifts. You’re essentially given a total of three different materials (girders, rope and roads) to use in the game, which at first, seems underwhelming and looks a bit bland, but using the three materials wisely proves to be a challenge in the later levels.

The game requires some architectural knowledge, and while it isn’t wholly required (as there is a handbook for beginners explaining simple physics), it proves to be useful having that background knowledge. You’ll need to use triangles A LOT, as these are the most stable shape in architecture, and while this is realistic, the gameplay gets stale real quick after building the same bridges multiple times. Later in the game, you’re slowly introduced to new obstacles. These obstacles are throwbacks to the older games and are very true to their original source, there are the likes of the Weighted Companion Cubes, Turrets, Propulsion Gel and more, and of course, who can forget, portals! The physics for Bridge Constructor Portal stay very true to the way the original games were handled, and flying through portals again for the first time in 7 years still feels as fluent as it was back then.

The three modes of each level in Bridge Constructor Portal are fairly simple, you have build mode, where you can edit your bridges using the three provided materials as mentioned before. There is an edit mode, which is extremely useful for checking out how your bridges hold up in real time before actually attempting to drive through the level, you’ll probably be pressing this mode a lot as you fail in this game – and trust me, you fail a lot. The last mode (or two) is Drive mode, this allows you to attempt to finish the test chamber by sending one of your fellow brave/suicidal Bendies through it, however, usually, unless you’ve tested it once or twice, this will end up with your forklift and poor Bendies flying through the air and landing into an acid pit or being obliterated by turrets — this game is truly all about trial and error and without patience, you may end up getting bored quick. Once you’ve beaten a test chamber, you have the option to go through it again in ‘Convoy’ mode, this sends multiple forklifts out, to see how your structures can bear a whole pack of these heavy freighters. Usually, this is where a lot of the replayability comes in, and making the bridges small, yet sturdy enough to support the weight of 10 forklifts can prove to be a fun challenge.

There are two ways to experience and play Bridge Constructor Portal, with the Joy-Cons or with Touchscreen. By far, the most superior way to play this game is with the Touchscreen, the Joy-Con controls feel clunky and extremely janky to use, and makes the building process a lot more slow and tedious. Bridge Constructor Portal is one of those games where you can simply throw away your Joy-Cons and play directly in tablet mode, like a phone. The touch controls are extremely responsive, fast, smooth and allow bridges to be made super fast once you’ve learnt the basics. Zooming, panning, placing, removing and testing can be as simple as 5 taps, and once you’ve got it down, you can get through the test chambers in a fly. Using touchscreen is definitely the recommended way to play, but if you’re someone who absolutely refuses to use the touchscreen, then I wouldn’t really recommend this type of game, as it can seem really slow otherwise. A way to make the Joy-Con controls a lot better would be to use the Joy-Con as Wii motes, and using them to point-and-click at the screen.

The visuals and sounds feel ripped straight from Portal 2, which is a great thing! All those old test chambers you remember feel similar in layout here, with the white walls and the exit door, as well as cameras, foggy glass and eerie lights, this game really does very well at setting the scene inside Aperture Science. The sounds play the same as they do in the previous games, which is generally very awesome. Who doesn’t love the sound of the exit door opening, or a turret spouting hilarious lines about how lonely it is?

Even though Bridge Constructor Portal is essentially a spin-off, created by a completely different company than Valve, the game retains the Portal vibe, and the best example of this is the return of Ellen McLain as the voice of GLaDOS. It’s quite clear that the developers saw this spin-off as more of a passion project, and due to this, the writing and comedy in Bridge Constructor Portal is just as good as the predecessors, and in no way at all feels inferior.

Even though, after 7 years, you would hope that Portal would make a triumphant return with something other than in the form of Lego Dimensions and Bridge Constructor, the game does its job. Combining the already established physics-based puzzles from both the Portal and Bridge Constructor franchises, as well as witty writing, humour, visuals, sound and that hand-crafted nostalgic feel that was first shown to us 7 long years ago, it still leaves me longing for more. While it’s 60 test chambers can potentially leave you with a ton of content and replayability, it sometimes feels like they used the Portal franchise loosely, with you sometimes forgetting that this is even a Portal game in the first place (other than GLaDOS’ occasional witty one-liners). I wish it would have incorporated more from the original story, but in the end, it would be quite hard to answer the fateful question with just building bridges; is the cake a lie?