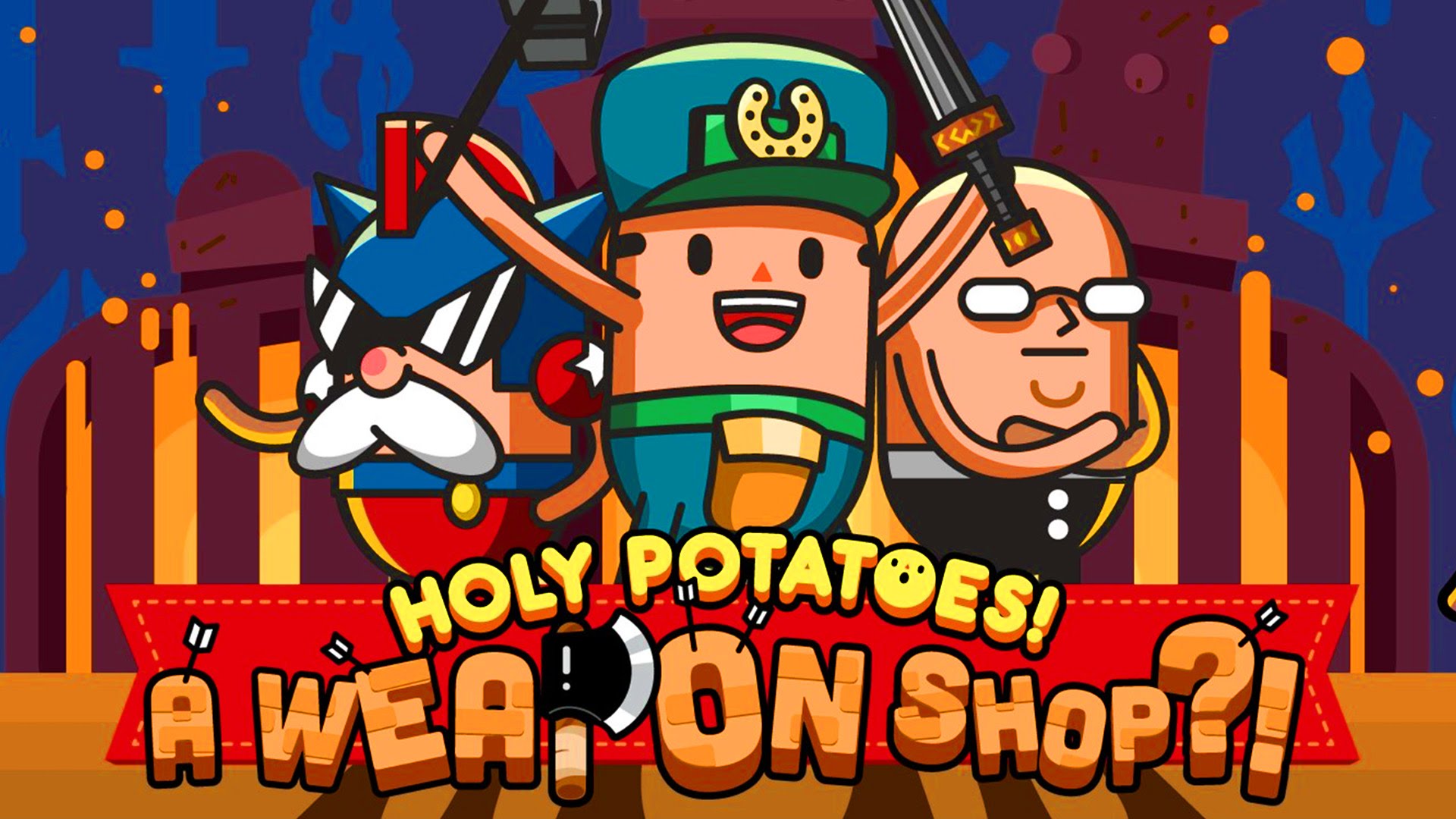 Rising Star Games is partnering up with Singapore Developer Daylight Studios to bring the Holy Potatoes! series to home consoles, including the Nintendo Switch. Three games in particular have been confirmed; A Weapon Shop?! We’re In Space?! and What The Hell?! These titles will be available digitally via the Nintendo Switch eShop and Playstation Store.

We have the official Press Release Below:

RISING STAR GAMES AND DAYLIGHT STUDIOS ENTER INTO PUBLISHING PARTNERSHIP TO BRING THE HOLY POTATOES! SERIES TO HOME CONSOLES IN 2018

Publisher and developer mashed together to digitally publish the first three titles in the fan-favourite Holy Potatoes! series on Nintendo Switch™ and PlayStation®4

LONDON, UK – 8 March 2018 – Videogame publisher Rising Star Games today announced it has entered into a partnership with esteemed developer Daylight Studios, to publish the first three titles in the Holy Potatoes! series on digital storefronts of home console formats throughout 2018.

Starting in spring with Holy Potatoes! A Weapon Shop?! the three titles have been basted and roasted for extra crispiness and seasoned with an overhauled user-interface, and controls better suited to console play. Holy Potatoes! We’re in Space?! follows as the second helping in summer, with Holy Potatoes! What the Hell?! rounding off the ’tato triptych of releases in the autumn.

“We have been big fans of the games that Daylight Studios have developed since first playing them”, said Martin Defries, Managing Director of Rising Star Games. “We are sure that interest in these games will be shared by the Sony and Nintendo audiences across Europe and the USA. We are looking forward to collaborating with Daylight Studios across the longer term”.

Holy Potatoes! A Weapon Shop?! is a wacky simulation game where players manage adorable potato smiths as they forge wonderful weapons for very unexpected heroes. There are tons of cheesy/witty puns and lots of pop culture references.

Holy Potatoes! We’re in Space?! is a roguelite, space adventure game with management elements. Traverse through space with Cassie and Fay to find and rescue their grandfather, Jiji, from the evil clutches of the Eclipse!

Holy Potatoes! What the Hell?! is a hell-themed management sim where you sort potato sinners into cooking stations to create sinfully delicious ingredients and cook up scrumptious recipes to appease the Gods of the Afterlife.