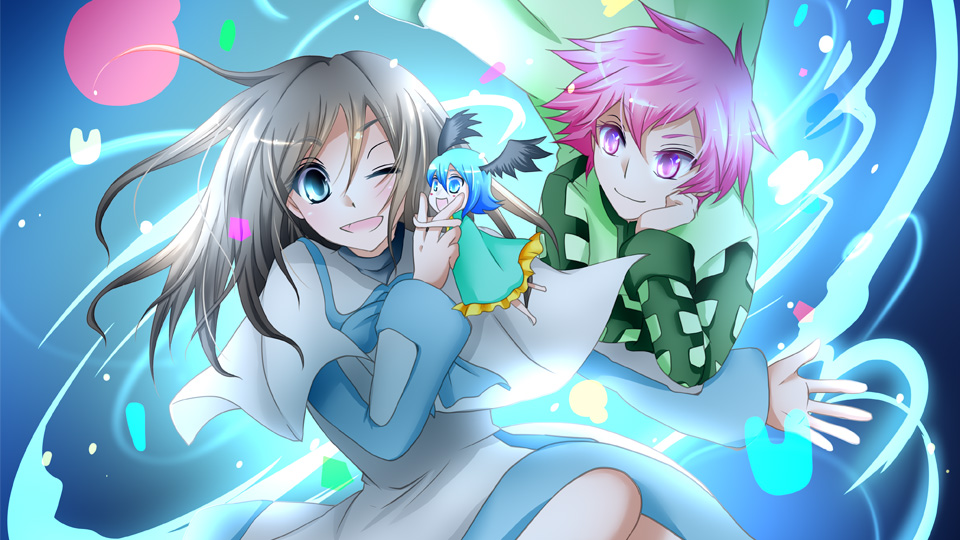 Solitaire and poker mixed together? Sounds great, but does this puzzler hit the mark?

When going into this review, I didn’t know what to think of a game that was labeled as a ‘competitive solitaire’ title. Immediately feeling intrigued, I took it upon myself to see what this quirky little puzzler was trying to accomplish. I’m always up for trying a new style of a game in the puzzle genre, and developer Studio F# is bringing us just that with Packet Queen # on the Nintendo Switch.

Packet Queen # is a very interesting puzzle title that is hard to understand at first between the concept and story. The graphics take some getting use, sometimes seeming out of place and somewhat inconsistent in presentation. The story is also weird, with you playing as a girl named Juno who ends up finding out about a game that if she participated in it she will improve her technical skill to get her promoted at work and make more money. There is an abundance of exposition and dialogue between levels, and it is very much a linear experience with you not being able to make dialogue choices.

After a few cut-scenes, you will jump into a level where you are taking on an opponent trying to see who gets the highest score in Packet Queen. The presentation of Packet Queen # may be difficult to decipher, but the rules at least are simple: you’ll go through your whole supply packets and make sure you have a higher score by the end of the match.

When a level begins you have these items (or shapes) that will start coming towards your character; you’ll then have to quickly decide where you want to put these items. You can either let it pass by your character, which you are only allowed to do with the colored item they want you to pass by, for example: either all the red items or all the yellow items. If the item is not that color, you then have to decide whether to recycle it or potentially throw it down into your hand.

This is where the poker element comes into play, and thankfully you can pull up the guide at any point by pressing X to know how many points you get for a specific hand or what shapes/colors you need to form a hand. If you end up making a mistake though, the items that you mess up explode and end up covering the screen, hindering you from being able to see certain items. This can become tedious, although you will always only be playing on the same background and stage so you won’t be missing much in the way the levels look.

Fortunately, when you get a big hand you can rid the screen of the mess and focus more on building combos. The controls are simple, with you being able to manipulate the items using the trigger buttons, using the up and down arrows on the d-pad, or pressing A and B in order to send the items up, into your hand, or press nothing to let them pass. If you want the process to speed up you can press the right d-pad button to make the items pass through faster.

The main story is bare bones with an over-abundance of exposition in between each match. There are only eight levels to complete in the story, but each level has three different difficulties you can choose from. Packet Queen # also features a Versus mode, but this works more like a high score leaderboard than a true competitive head-to-head matchup. There’s no online or offline co-op and you aren’t playing against someone in real-time.

Packet Queen # is designed to be played against opponents and what is very disappointing with this approach is how you can’t see what your opponent is doing. You can see their facial expressions and their score, but otherwise, you are just looking at what you’re doing. One of the best aspects of many competitive puzzle titles is seeing what your opponent is doing and preparing for the absolute worst.

With the gameplay, there is some fun to be had. As I learned some of the hands and being more patient, I was able to muster up some considerably high scores and easily wipe out my opponents on the normal difficulty. There’s no collectables or unlockables of any kind, however, there are stickers you can earn which are basically an in-game achievement system. Also, Packet Queen # isn’t necessarily that long, taking about two to three hours to complete.

Overall, Packet Queen # has the makings of what could potentially be a great puzzle title, but it just ends up lacking in so many different aspects that I can’t really recommend this if you don’t care for the puzzle genre. The concept and gameplay can be fun, but the presentation, graphics, and story leave a lot to be desired. That being said, I will be keeping my eye on whatever project Studio F# takes on next as I do see the potential.