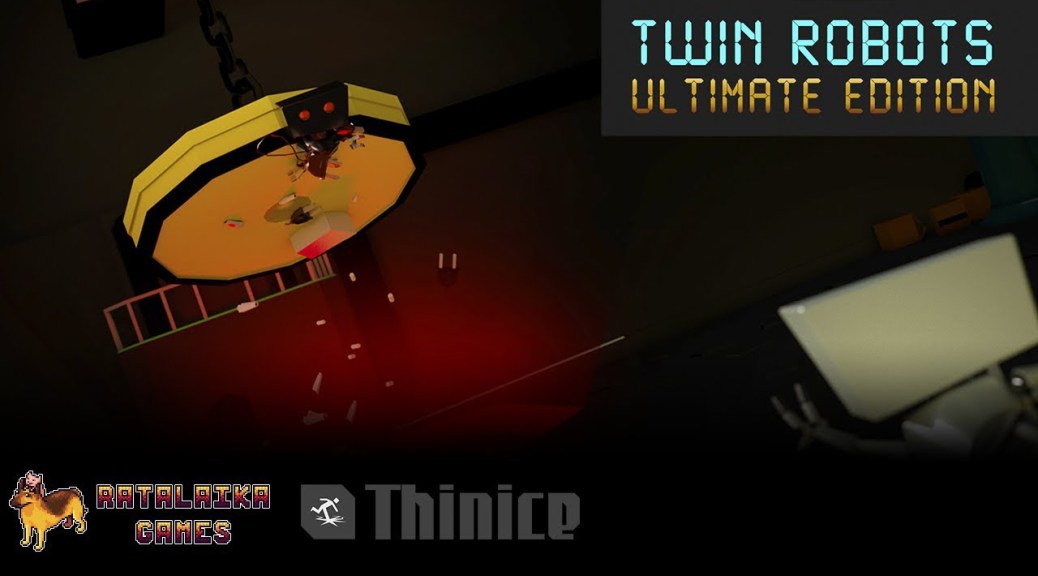 If you were hoping Twin Robots may get a sequel, you’ll have to keep on hoping, because instead of a sequel, Twin Robots is getting a lot more content and a release on Nintendo Switch, under the name of Twin Robots: Ultimate Edition. Official announcement can be seen here:

Just when the robots thought the end was in sight, more levels await them!

Leon, Spain — February 1st, 2018 — In partnership with Thinice Games, Ratalaika Games are pleased to announce that Twin Robots will return thanks to a Nintendo Switch extended port.

Originally Twin Robots: Ultimate Edition was conceived to be a sequel, but developers Thinice Games have since decided it would be better to build upon the work they created with Twin Robots and give it twice the amount of levels, allowing it to become the Ultimate Edition!

We will give more information about price and release dates soon.

Made with Unity 3D and ported by Ratalaika Games, Twin Robots: Ultimate Edition is a lot like the original 2.5D platformer where two little robots have been imprisoned and need to find the way out of each level, in a bid to escape, except now their escape is made a little harder as many more levels await and if the puzzles weren’t hard enough the first time round, with Ultimate Edition, they will be! But just like with all previous versions of Twin Robots, co-op play is supported, so once again you and a friend will be able to run, jump, puzzle solve and transfer energy from one to the other, in your bid for freedom!