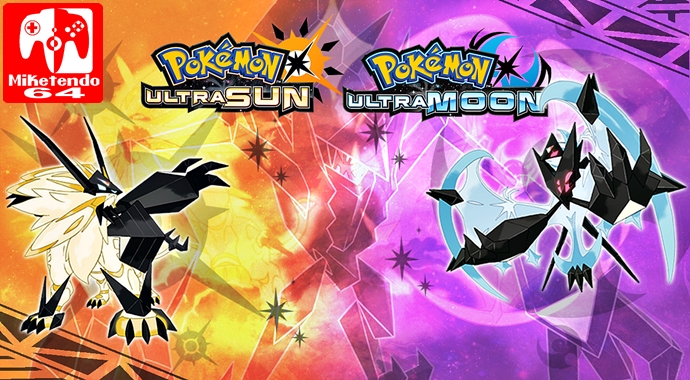 [Event] Nothing but Absolute Victory with the Battle Agency! Third Global Mission for Pokémon Ultra Sun & Ultra Moon has Begun

Trainers, the time has come, again!

If you have yet to succumb to the Dark Side of Nintendo gaming and still actively dedicate lots of time and effort into your Nintendo 3DS and happen to have a couple of the newer Pokémon Ultra games, then it is time for you to report in. The third Global Mission has begun and you all have just until the 22nd of January at 23:59 BST to succeed in amassing 100,000 collected victories at the Battle Agency and as always, the complete details can be seen right here:

Get Ready to Battle in the Next Global Mission!:

Travel to Festival Plaza and prepare for anything in Pokémon Ultra Sun and Pokémon Ultra Moon during the “Win at the Battle Agency!” global mission. The goal is to win as many times as possible at the Battle Agency in Festival Plaza during the mission period! If players win a collective 100,000 times between January 9, 2018, at 0:00 (UTC) and January 22, 2018, at 23:59 (UTC), every participant will receive 2,000 Festival Coins as a reward.

Even if the goal isn’t reached, everyone will get a participation prize of 1,000 Festival Coins. Trainers who registered their game at the Pokémon Global Link by the end of the global mission will receive double the number of Festival Coins—4,000 when the goal is reached, and 2,000 even if it isn’t. Be sure to sign up today.

If you haven’t experienced the Battle Agency in Pokémon Ultra Sun or Pokémon Ultra Moon yet, you will need to complete Sophocles’s trial. Then visit Festival Plaza, enter the castle, and talk to the receptionist behind the right-hand table in the back. To start battling, select Challenge.

The Battle Agency tests your Pokémon battling skills when you take on a series of Trainers with a unique condition—you can’t use your own Pokémon! Instead, you rent one of three preselected Pokémon from the Battle Agency for free. Then you’ll be joined by two other Pokémon belonging to guests who have visited your Festival Plaza. It’s a fun and challenging take on the standard Pokémon battle.

Check out How to Participate in Global Missions for a detailed walkthrough on how to join the fun.

So what are you waiting for Trainers? Battle awaits!