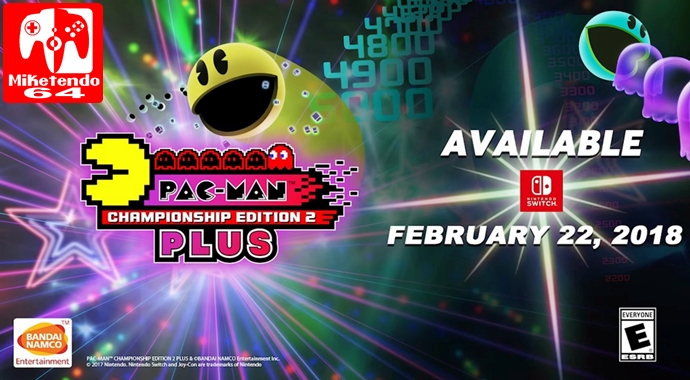 There’s only one thing better than playing PAC-MAN and that’s playing PAC-MAN with a friend and today, Bandai Namco has announced PAC-MAN Championship Edition 2 is coming to Switch and it supports co-op play! Today’s official announcement, complete with new trailer, can be seen here:

PAC-MAN™ Championship Edition 2 PLUS Chomping Its Way to Nintendo Switch™ on February 22, 2018:

Experience the Retro Arcade Game With Eye-Catching Action and Intense, Fast-Paced Stages On the Go

BANDAI NAMCO Entertainment America Inc. is bringing the dot-munching action and brilliant neon visuals of PAC-MAN™ Championship Edition 2 PLUS to Nintendo Switch™ on February 22, 2018 in the Americas.