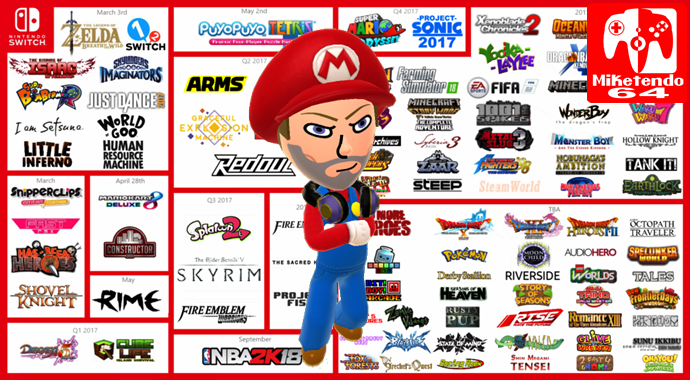 It’s no secret that since the Switch first launched in March, it has seen a lot of support from both the indie and third party scene and now that the console has surpassed 200 games available in the eShop, a whole many more games are planned and/or on the way. Here’s what Kimishima had to say about them:

Kimishima on 300+ Software Publishers for Switch:

Kimishima on the Switch’s Current Line-up:

This is just some of the line-up that has been announced. As you can see, the wide variety of genres among the titles will further increase interest for Nintendo Switch. Having a broader consumer base will make it even easier for software publishers to do business. We are also continuing our work to establish a collaborative framework that facilitates the creation of more successful titles for our software publisher partners.

Based on the data at hand, we can see that the growth of our appeal among children and female consumers is beginning, more so for the Japanese market than for the US and European markets. Looking at intent to purchase among consumers who have not yet bought Nintendo Switch, there are indications that purchase intent is trending upward not only among children and families in their 30s but also among junior and senior high school students, and consumers in their 20s, of both genders. Nintendo is going to continue to work hard to expand our consumer base, among families and game fans as well, to increase purchases.

Kimishima on Nintendo’s Expectations of Selling between 14-16 Million Switch Units by the end of the First Year of Switch: