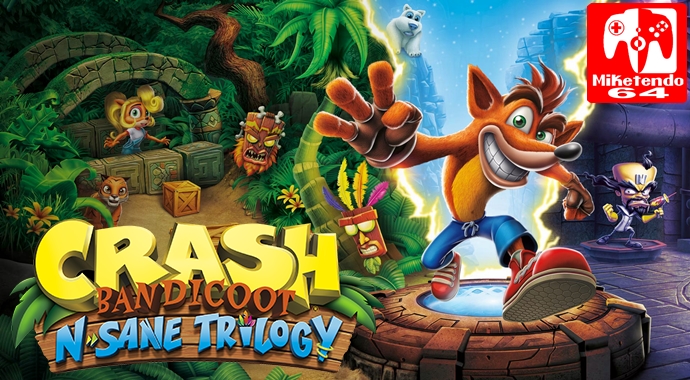 Ever hear of Keymailer? If you haven’t before, than today is as good as any to let today be the first time.

Keymailer is a “community tool that gives content creators of all levels a quick and easy way to request game keys for review from publishers and developers” and today one such listing on the site teases the 2017 released Crash Bandicoot N. Sane Trilogy to be planned for a release on Nintendo Switch and Xbox One. However before we let our excitement get away with us, this is no guarantee of a release, as Activision did previously state the game was to be an exclusive to PlayStation 4, but it wouldn’t be the first time a game was meant to be an exclusive, before being brought to other platforms, but for today, let’s treat this news as the rumour it is and wait for proper confirmation because if it is true, we should definitely hear something about it before 2017 ends.

So to tie us over until then, here’s a quick overview on the game, complete with a trailer:

Re-join your favourite marsupial, Crash Bandicoot, as he spins his way onto PlayStation 4 along with his three most memorable adventures, newly recreated for the current generation.

Including Crash Bandicoot, Crash Bandicoot 2: Cortex Strikes Back and Crash Bandicoot 3: Warped, the N. Sane Trilogy has been lovingly built from the ground-up with brand new visiuals and audio to deliver the series’ classic gameplay to a whole new generation.

Playing as either Crash or his baby sister Coco, bound, spin and even motorcycle your way through three mad-cap adventures, tackling everything from talking clocks to white-water rapids, all in ab id to save the world from the forces of evil.