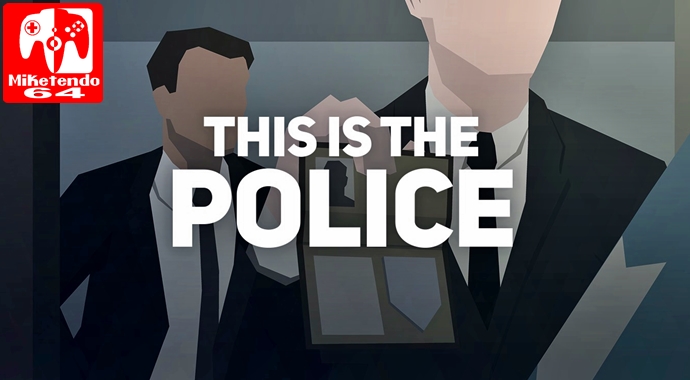 [Press Release] This is the Police: Out Digitally on Switch on October 24th and Physically on December 5th

Not to be outdone by Nicalis who already have one game out on Switch this month and another one coming less than two weeks from now, THQ Nordic are doing exactly the same as Sine Mora EX is out now and on the 24th of October, so will This is the Police! The full announcement can be seen here:

This is the Police coming to Nintendo Switch™ console:

Vienna, Austria/Minsk, Belarus – October 11, 2017: Owning A Nintendo Switch™ console is paying off… Unleash your inner police chief with This Is the Police soon!

This is the Police will be the 7th title receiving a PEGI 16 rating for the Nintendo Switch, according to the PEGI website.

Grab your Joy-Con™ and help Jack Boyd, Chief of Police, Freeburg PD, to fight crime, annoy the Mayor, the Mafia, the Labor Union and everyone else… but, more importantly, make a f****** fortune!

About This Is the Police:

This is the Police is already available for other consoles, PC, Mac and Linux as digital download and retail box (console version only).