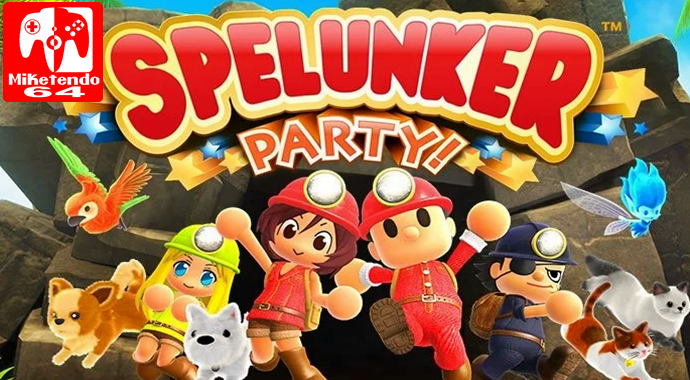 After being exclusively available to those with a Japanese My Nintendo account, with no English text supported, Square Enix have come forwards to announce a Western version of Spelunker Party isn’t just in the works, it will be out soon and you can read all about it, right here:

SPELUNKER PARTY! FOR NINTENDO SWITCH AND STEAM ARRIVES THIS FALL:

(Explore Over 100 Challenging Platformer Stages with Local and Online Multiplayer)

LOS ANGELES (Sept. 26, 2017) – SPELUNKER PARTY! ™, the latest platform adventure game in the Spelunker series, will release digitally for the Nintendo eShop on Nintendo Switch™ and STEAM® on October 19.

Following the story of Spelunkette and her friends, explorers can adventure solo or with up to four players in local and online multiplayer mode, avoiding dangerous pitfalls, boulders and wicked creations. In multiplayer mode, players can also join together to access new areas and revive teammates. With over 100 thrilling stages to challenge, players will discover Litho-stones hidden throughout each map to unlock new items, equipment and faithful pets to customize their characters and aid in cave exploration.

Additionally, starting October 7, players can explore with friends and family in a free downloadable demo for Nintendo Switch.

SPELUNKER PARTY! will be available digitally for the Nintendo eShop on Nintendo Switch and STEAM for $29.99.