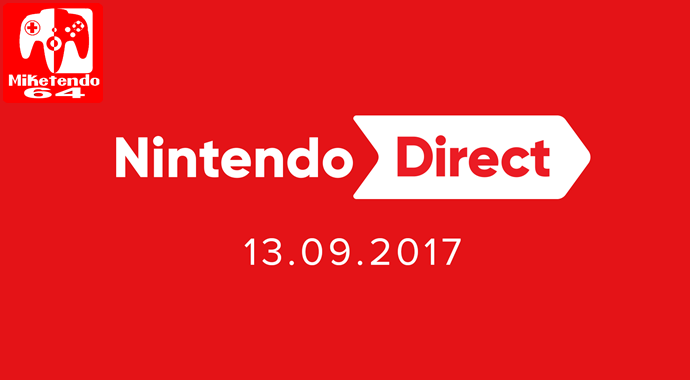 The rumours of a Nintendo Direct taking place this week are true and going by the new press release sent out by the Big N, it will be 45 minutes long and will showcase the games coming to Switch and 3DS platforms this year.With The Binding of Isaac: Afterbirth+ now available physically and digitally for Europe and Australia, Nicalis are ready to share news relating to their next game coming soon to Switch:

NEW NINTENDO DIRECT TO AIR THIS WEDNESDAY AT 11PM:

(Nearly 45 minutes of information, mainly focused on what’s heading to Nintendo Switch and Nintendo 3DS over the next few months)

11th September, 2017 – Tune in at 11pm (UK time) on Wednesday 13th September for nearly 45 minutes of information mainly focused on what’s heading to Nintendo Switch and Nintendo 3DS family systems over the next few months, including new details about Super Mario Odyssey for Nintendo Switch. You can watch at Nintendo UK’s official Nintendo Direct website, or on Nintendo UK’s YouTube channel.