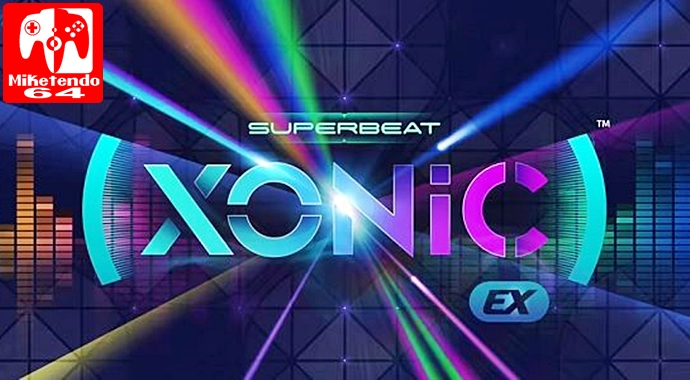 LONDON, UK – 15th August 2017 – It’s the party that just won’t stop! Videogame publisher Rising Star Games, in partnership with world-renowned developer PM Studios, announces today that the schedule of over twenty DLC tracks for SUPERBEAT: XONiC EX is now in full effect across Europe and beyond. What’s more, the first track of the epic DLC set list, Rackin Gravity by 7 Sequence, is completely free to download on PlayStation®4 and Xbox One.

Starting today and then dropping every two weeks, three massive DLC tunes will release for SUPERBEAT: XONiC EX. In addition to today’s free track, today’s first selection of DLC features three tunes from Basiscape and Steven Silo, smashing the genres of dubstep, ragtime and future bass. Following in two weeks’ time on 29th August, three dance electro and electro pop tracks from Bentley Jones will be available. Stay up to date with the additional sets of tracks scheduled every two weeks by following Rising Star Games on Instagram, Twitter, and Facebook.

Loved by critics and claimed to live up to “the peak days of the rhythm genre”*, SUPERBEAT: XONiC EX hosts over 65 music tracks, from K-Pop to metal, techno to R&B, including fist-pumping hits by Cranky, PLANETBOOM and M2U, set to 200 different play patterns! Featuring multiple modes, offering laid-back gameplay in 4 TRAX mode, something more frantic and challenging in 6 TRAX and 6 TRAX FX, to endless fun in Freestyle mode, there’s something suitable for players of every skill level and taste. With a broader scope than ever before, players can pit their talents against those across the globe on the Worldwide DJ Leaderboard via PlayStation®Network and Xbox Live, to prove they are the ultimate SUPERBEAT: XONiC EX champion. Whether you’re playing on a 22-inch monitor or immersing yourself through a 60-inch HD TV, your gameplay experience won’t be hindered as SUPERBEAT: XONiC EX includes a lag compensator to ensure your beats aren’t off, and the enhanced 60fps delivers seamless streams of play patterns and more than 50 captivating illustrations, offering a truly rhythmic sensation for both eyes and ears.