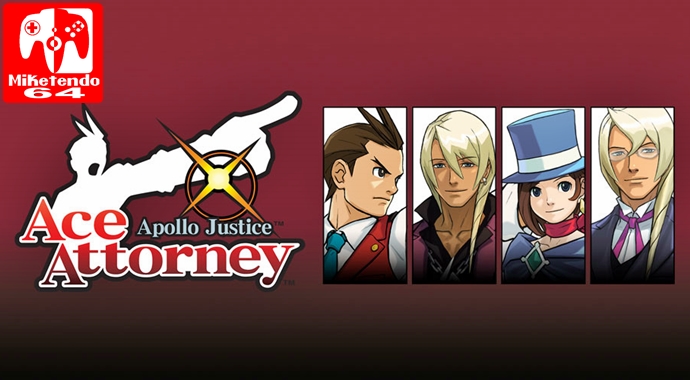 In addition to the press release we received for Apollo Justice: Ace Attorney, we were also sent a fact sheet and plenty of assets, which we’ll be sharing with you now:

Forensic investigation techniques play a vital part in analyzing the evidence to help solve some of the game’s mysteries. Utilizing the features of the Nintendo 3DS, players can dust some crime scenes to search for fingerprints and also examine certain objects in a full 360 degrees to uncover hidden evidence. This Nintendo 3DS release also includes text skip options and the Japanese version of the game, allowing players to switch between the Japanese and English editions.

Court will be in session this November when Apollo Justice: Ace Attorney will be available to download on the Nintendo eShop.