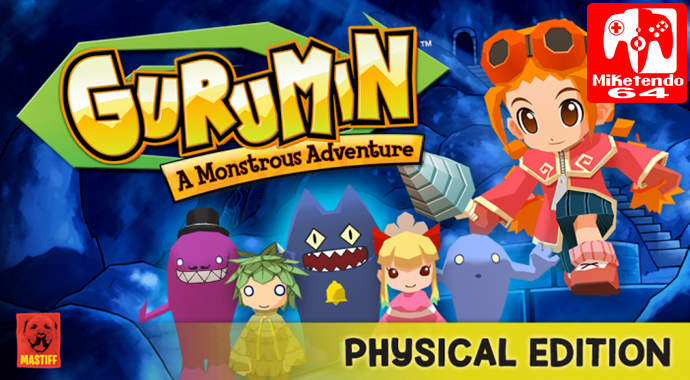 Mastiff Games Are Dedicated to making a Physical Release of Gurumin Happen for PC and 3DS, but needs Fans Help to do so!

When Gurumin 3D came to 3DS last year, it was a positively delightful game to enjoy, but one thing was missing, the lack of a physical release.

Well Mastiff Games are more dedicated than ever to make such a thing happen as a forthcoming Kickstarter campaign is in the works, with a physical release for 3DS being a stretch goal and this is what they had to say about it all in the email they sent us:

“We here at Mastiff have been asked countless times via social media, over email, and in person if a physical edition of Gurumin on PC and 3DS will ever happen. The answer has always been ‘yes, it is possible,’ but waffled due to the risks and costs, so we have decided to turn to the crowdfunding stage. Help us turn that pusillanimous ‘maybe’ into ‘damn straight, a Gurumin physical edition is on the way!’

Click here http://prefundia.com/projects/view/gurumin-physical-edition/12912/ to check out the Gurumin Physical Edition Prefundia page and get a peek at some of the upcoming backer rewards. The more awareness we can raise ahead of the Kickstarter launch, the better chances of finally putting Gurumin where it belongs, in a gorgeous box on your shelf. This will mark the first physical release of the game since its North America debut on the PSP in 2007.”

So whatever you do, if you are a fan of the game, when the Kickstarter campaign gets underway, be sure to pledge your support to it. It won’t happen with you and if it doesn’t, it would actually be a great shame!