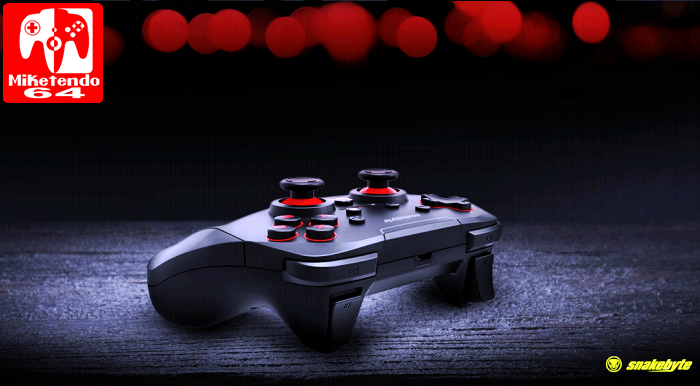 snakebyte® Invites you to Switch to a Better Controller with the Announcement of the Wireless GAME:PAD S PRO™ for Nintendo® Switch™:

San Diego, CA – July 27th 2017 – snakebyte® group, leading innovators of consumer electronics hardware, announced today the launch of the Wireless GAME:PAD S PRO™, a superior quality, professional grade controller for us with Nintendo® Switch™  and one of the first third party wireless controllers to be available for the system.

Expected to begin shipping in Fall 2017, the Wireless GAME:PAD S PRO follows the recent announcement of a second wave of Switch compatible accessories from the hardware group and follows the Company’s tradition of being amongst the first to market with quality products for the Switch gamer.

“After its impressive start at retail, Nintendo Switch has continued to capture the imagination of gamers worldwide and snakebyte are excited to deliver a truly authentic console game pad for those serious about gaming performance,” said Nick Repenning, CEO for snakebyte USA. “snakebyte enjoyed a successful launch for the Switch thanks to being first to market with a range of quality peripherals for the console and we’re excited to build upon this success with the Wireless GAME:PAD S PRO, one of the first Bluetooth® controllers to launch, and a product that we believe enhances the Switch experience.”

In addition to the Wireless GAME:PAD S PRO, snakebyte will also be launching a wired version of the controller with the GAME:PAD S. Expected to ship alongside the wireless variant the wired controller is identical in build and design, connecting effortlessly to the USB socket of the Nintendo Switch, delivering premium performance for gamers not in need of a wireless connection.