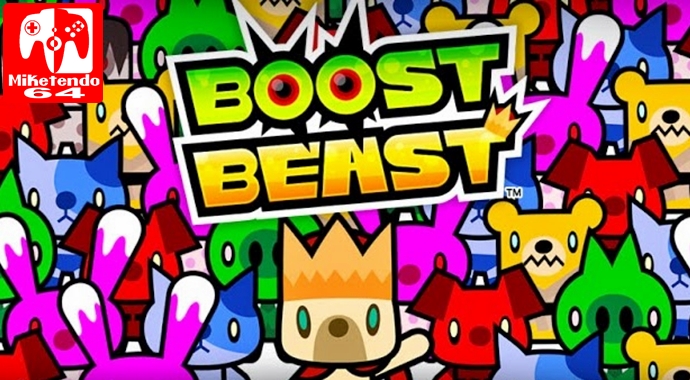 When it comes to Switch, surprise announcements and releases happen all the time and tomorrow Boost Beast will be releasing on the eShop and we’ve got a trailer for it right here:

Only why stop at just a video since the game has a site and the site provides a whole ton of details, so without any further ado, here’s a couple of things you need to know about the “beat’em-puzzle game” by Arzest and Arc System Works:

Boost Beast is a defense puzzle game where players defeat the invading horde of zombies by clearing blocks and summoning animals.

The sudden appearance of a virus-carrying meteorite infected the entire human race, and turned everyone into zombies. The hero who rose up to face this crisis is Alec, the king of dogs. Will he be able to save the devastated world and reclaim peace..?

The controls are simple! Match 3 animal blocks of the same color to summon your cute animal friends and defeat the incoming waves of zombies! There are many gimmicks that stand in your way during your quest to save the world. There are cages that trap your animal friends, rocks that block your path, and the grim reaper who will turn your allies into zombies. Make use of bombs and chain combos to pave a path to victory!

Join forces with your cute animal army and clear all 204 stages! Lets go animal army! Until the day where peace is restored!

For more on Boost Beast, be sure to check out its official site as there is plenty of details for you to go through in preparation of tomorrow’s release: