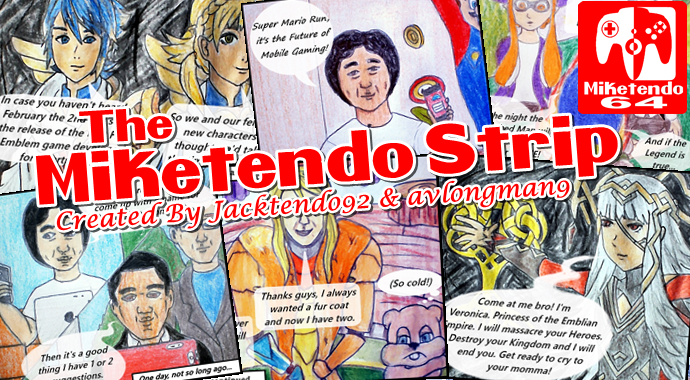 When I signed up to do The Miketendo Strip! last year, I never expected I would still be doing it now and although the one year anniversary is a little way off, today’s instalment is extra special!

Don’t ask me how, but we have made it to 25 issues and true to our word, it is a twelve panel long and it is of course another Metroid issue. Only since the likes of Metroid Prime 4 is in development and Samus Returns is out this year, we’ve had to give the series a quick name change, but it’s still the same old cast and same old Samus and because you have waited long enough, here is the Issue #25 Special!:

To stay up to date on any news, updates and spoilers regarding the next issue, be sure to follow @miketendo64 on Twitter, as that’s where all #theMiketendoStrip news is shared first! But if you don’t hear anything, it doesn’t mean an issue isn’t in the works. It just means we want to keep the nature of the strip a secret so as to surprise you and if you can’t wait for it, there are 24 other Issues you are more than welcome to check out.