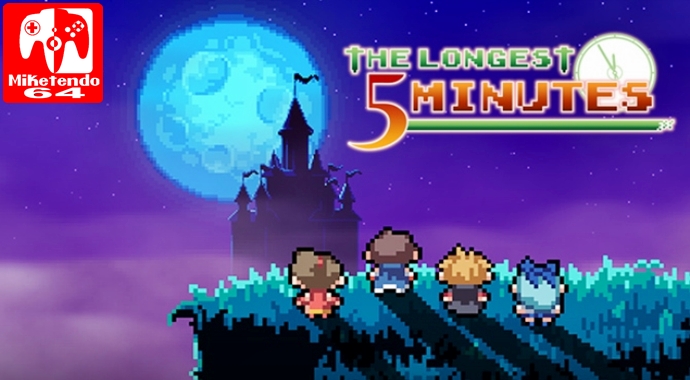 During the Anime Expo, which NIS America is in attendance to, the company has just revealed four more games and with 2 of them confirmed for the Nintendo Switch, it’s only natural we’d write them, so let’s begin!

The first Switch game to be revealed was The Longest Five Minutes. A forthcoming RPG game that will have a physical release for Switch, come to North America and Europe in 2018 and we have both the game’s story and trailer, which you can see right here:

Our hero faces the origin of all evil, the Demon King himself, but suddenly loses all memories of his adventure.

His finishing moves, the name of his hometown, and even the reason he’s trying to defeat the Demon King in the first place, all gone. Our Hero feels as though he’s letting his allies down…

In the midst of battle, his ally’s words and the Demon King’s taunting triggers flashbacks, bringing his memories back piece by piece.

As for the other Switch game that will release next year, it is Penny-Punching Princess. It will have a physical release and launches on the 20th of March for North America and 23rd of March, 2018 in Europe. Just like with The Longest Five Minutes, below we have the game’s story and trailer:

In a world ruled by capitalism, cash is king!

Use the money you gather to bribe enemies to fight for you, activate deadly traps with your dough, and when all else fails, smash all that stand against you with your fists! Fight your way from nothing and amass treasures to take on the mighty Dragoloan Family and reclaim your kingdom!

For more information on both of the new titles, why not check out the games’ official websites with the links below:

For more NIS America/Switch and 3DS related news, the site to go, is miketendo64.com!