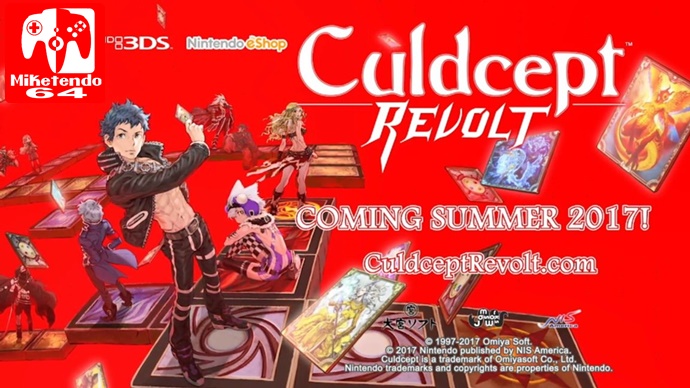 Culdcept Revolt’s Release is Pushed Back to October!

Before there can be good news, there must be some bad and today the bad news concerns Culdcept Revolt.

While NIS America are working hard to make the game as great as it can be and release it physically, the release has now been pushed back to October instead. Below you can find a quick statement from NIS America with regards to the delay and an official announcement of the new release dates:

We regret to inform that Culdcept Revolt’s release date is now October 3 in North America and October 6 in Europe to accommodate the manufacturing and production of the game. Both the North American and European release will be available physically and digitally.

The good news however is RPG Maker Fes is out now in all regions and it’s a pretty good game that will keep fans and players occupied for a good while, so if you’re looking for a good 3DS game to tide you over for a bit, why not start there?