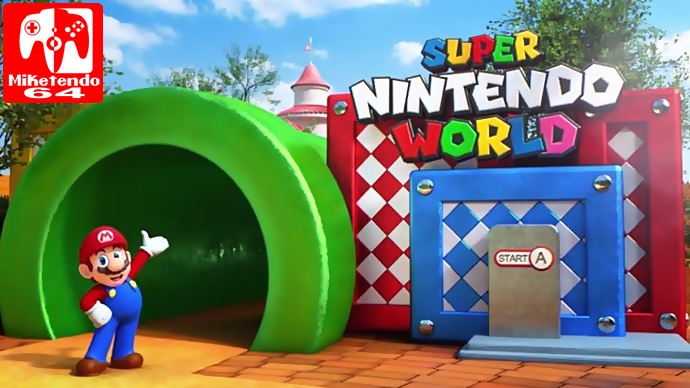 I hope you’re ready for some more Super Nintendo World news, because the latest takes the basket.

After the hosted ceremony to celebrate the official start of construction for Super Nintendo World, 4Gamer was able to get a few comments from Shigeru Miyamoto and they are promising. First of all, according to Miyamoto, Nintendo seem to want the Switch to have a long life, so much so that they’d like to see it last for more than 5 years. Nintendo are also thinking about “potential interactivity between Switch and Super Nintendo World,” and “preparations are already in place for that.”

As for will there be more characters than just Mario making an appearance, Miyamoto responded by saying it is called Super Nintendo World, not Super Mario World, which means there is more to come other than Mario. As for what that “more” is, well it won’t just be rides and attractions as Nintendo and Universal both have plans for restaurants, shops and Nintendo-themed shows.

Now I don’t know about you, but the promise of Nintendo-themed shows already has me chomping at the bit, so be sure to expect plenty more Super Nintendo World coverage, because when it comes, we’re giving it priority status.

Source: 4Gamer via Nintendo Everything