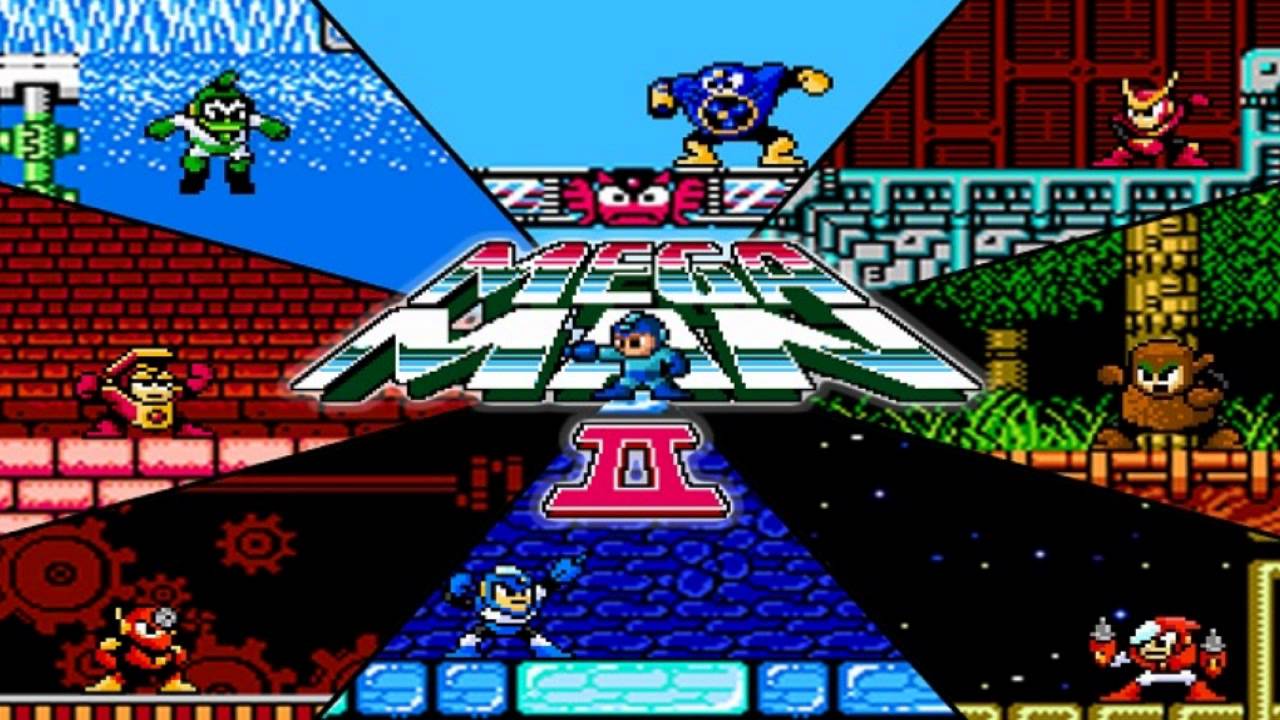 The year was 1988 in Japan when we saw the release of Mega Man 2. Released in North America 1989 and 1990 for it’s PAL release we saw the Mega sequel become what some regard as the best Mega Man of all time.

Mega Man journeys to fight eight bosses which can be chosen in any order you wish. Each boss has a special ability which can be earned by defeating each boss and help you against future bosses and get through levels.

Each level is varied and related to each of the bosses descriptions, for example – Air Man is a sky themed level

while Wood Man is a forest themed level.

After defeating each boss – you are given a password allowing the player to return to where they left off once quitting the game. With it’s high difficulty curve you’re going to need these passwords.

Once all the eight bosses are defeated – it will be time to take on the villainous Dr Wily in the 9th and final level.

This format for Mega Man 2 was reused for it’s future Mega Man sequels which made it’s legacy that we all know today.

Mega Man has left such a gigantic legacy from his single games to the X series and Battle Networks. But Mega Man 2 is the classic Mega Man we all know and love. This classic has been re-released multiple times. But the 8-bit NES was where it all began. Replaying this classic is still as hard as it was back in the day. But it doesn’t stop you replaying to try and conquer the game for the first time or the hundredth time.