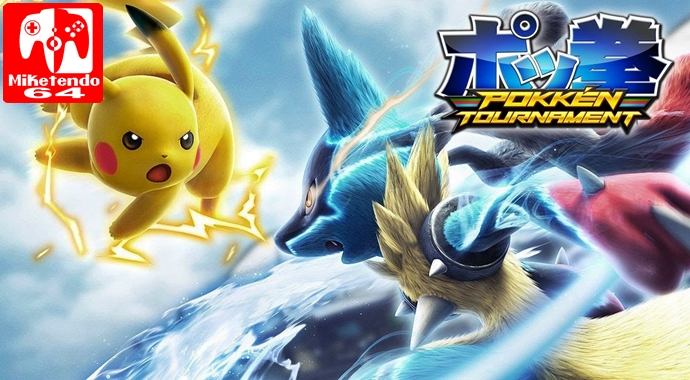 It’s been a while since we had some Pokkén Tournament, so regardless of this particular piece of news being a rumour, let’s dive in.

According to Serebii, a Japanese listing (from retailer Sinobi), for a new arcade stick for the Nintendo Switch, specifically mentions the game can be used for fighting games such as Pokkén. Only the listing has since been rectified and the remark about Pokkén has been removed entirely, so either this was a leak that was then corrected, or a simple mistake. Either way, until an official announcement, (if there is one) comes, this piece of news should be treated as the rumour as it is, but let’s not forget it was previously mentioned Pokkén Tournament could get a Switch port down the line.

Having played Pokkén Tournament, I can see the appeal of it, but with games like Ultra Street Fighter II: The Final Challengers and ARMS, confirmed for Switch and a Smash Bros. game on its way, Pokkén Tournament does feel a little bit redundant. But since the Wii U game never got the additional characters the arcade version got, at least we can expect to get them in the Switch version.

The good news is, E3 is next month, and if there is a Pokkén Tournament port for Switch on the cards, next month is as good a time as any to announce it!