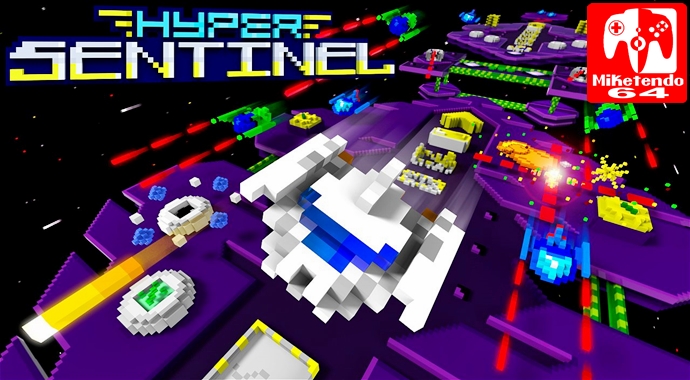 You can tell we’ve entered a new week as once again a new game has been announced for the Nintendo Switch and this time it’s Hyper Sentinel!

More than just an announcement though, we got an informative announcement, which includes screenshots, a trailer and some rather interesting details to boot too and you can see them all right here:

NEO-RETRO SHOOT ‘EM UP HYPER SENTINEL SET TO BLAST ON TO NINTENDO SWITCH:

9th May 2017 – London, UK – Huey Games is delighted to announce that its upcoming, highly-anticipated retro-inspired shoot ‘em up HYPER SENTINEL will now release on Nintendo Switch™ alongside PlayStation 4, Xbox One and PC later this summer.

Created by indie developer Jonathan Port, HYPER SENTINEL is a Kickstarter success story, hitting its funding target with a whopping 18 days remaining on the campaign.

“We are thrilled to be bringing HYPER SENTINEL to Nintendo’s newest platform. The fast-paced, high-score chasing gameplay loop is a perfect match for the Switch, and we cannot wait for players to take this amazing experience with them on the go.” – Rob Hewson, CEO & Creative Director of Huey Games Ltd.

Just as soon as additional Hyper Sentinel information is shared, you can be sure to find them right here at miketendo64.com!