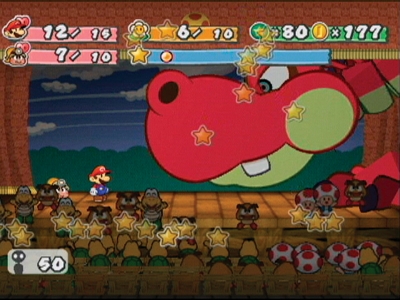 Once again, The Weekly Wizard is late. But does it really matter when I write it? As long as there’s one a week it still lives up to the name. Ah well, I guess I should try to get this back on the weekend.

For the last two Weekly Wizards, I’ve discussed different Nintendo franchises that could potentially be revived on the Nintendo Switch. The first week, I brought up the obvious choices of Metroid and F-Zero, and last time, I mentioned that Animal Crossing and Star Fox could see more appropriate entries on Nintendo’s latest hardware, after their Wii U iterations left many players sour.

Now, it’s time to wrap things up with some Nintendo franchises that were either one-hit wonders, or have slowly stripped away the elements that made fans love them in the first place. Let’s get started then, shall we?

Why in Hell has there never been a sequel to Pokemon Snap? The original Pokemon Snap on the Nintendo 64 was a memorable experience, but today it feels like only the beginning of a bigger concept.

Released in 1999, Pokemon Snap was released during the height of Pokemania. A game where instead of catching and battling Pokemon, you simply caught them on camera as you made your way through a set of stages. It was a rail shooter where the only shots were from your camera.

It was a great idea, but it only featured a chunk of the original 151 Pokemon. And at only six levels (not counting a bonus stage only featuring Mew), it was a short-lived experience. How is it that in all these years Nintendo, and developer Hal Laboratory, have not seen the franchise potential here?

The Super Mario series has the Mario Kart sub-series and, to a lesser extent, the Mario RPGs to compliment it. While Pokemon has seen a number of spinoffs, none of them have really taken off as their own entity. But there’s really no reason why Pokemon Snap couldn’t be the Mario Kart to Pokemon’s Super Mario. Nintendo and Hal just need to give it the chance.

The Wii U/3DS era seemed like a primed opportunity for a Pokemon Snap revival, what with all the augmented reality, motion-controls, and gamepads. But it never happened. So now, with Pokemon as popular as it’s ever been with Pokemon Go and Pokemon Sun & Moon, why not finally make a Pokemon Snap sequel on the Switch?

Just imagine, with all the Pokemon generations that have come along in the years since the original Pokemon Snap, there are now hundreds upon hundreds of Pokemon that could be included. And with just how much more powerful the technology is, they could do so much more with the gameplay.

Sure, the on-rails stages with predetermined events could remain to some degree, but why not take it all a step further and give a large world to explore at the player’s leisure, with different Pokemon more likely to be found in different areas, and rare Pokemon having their own hard-to-find patterns. Think Breath of the Wild, but with Pokemon and a camera.

Honestly, I don’t care how they do it, but Nintendo and Hal are just well-overdue to just do it!

With that out the way, Super Mario RPG: Legend of the Seven Stars is my favorite RPG of all time. And possibly my favorite game. Period. But due to the complicated relationship between Nintendo and Square (the stubbornness of the former and the, well, the latter is Square), a true sequel has never happened.

Obviously, with my love of the game, a full-on sequel to the original Super Mario RPG made by the joint effort of Nintendo and Square would be a dream come true. But it will likely only ever be a dream.

Though that doesn’t mean it can’t see some form of spiritual sequel. In fact, it has in the past in the form of the Paper Mario and Mario & Luigi series. However, those series quickly became their own entities, which in turn gradually – and unfathomably – stripped away the RPG elements that gave them their heart and soul.

Paper Mario saw two stellar RPGs, before having a decent platforming entry with RPG elements, and then ultimately creating the travesty that was Paper Mario: Sticker Star. Sure, last year’s Paper Mario: Color Splash was a major improvement over Sticker Star, but it still insisted on following in Sticker Star’s formula, despite the demands of pretty much every living being for another true RPG.

The Mario & Luigi series hasn’t abandoned the genre in the way Paper Mario has, but its past two entries have all but removed the storytelling, world-building and character that defined the series’ first three entries. It’s more or less become a dumbed-down version of what it once was.

It feels like now is the time to either A) team up with Square-Enix to make a true Super Mario RPG 2 (not happening, sadly). B) Hit a reset button on Paper Mario and bring it back to its RPG roots. Or C) Make a brand-new Mario RPG that works as another “spiritual sequel” and can stand on its own feet… with no Rabbids, damn it!

Nintendo makes great games, no doubt about it. But the way they’ve been dismantling the Mario RPGs for years now is nothing short of dumbfounding. In their heyday, the Mario RPGs were every bit as grand adventures as Zelda or Mario Galaxy. Fans have wanted another Mario RPG as deep as the original, or Paper Mario, or Superstar Saga for so long now, yet their cries have been falling on def ears.

With the Switch seeing Zelda return to its open-world roots, and Super Mario Odyssey returning to the similar structure of Super Mario 64 to make it new again, it also seems like a primed opportunity to do the same with the Mario RPGs. After years of deviations – and occasional outright devolutions – the Switch could (and should) see the Mario RPGs return to their former glory. With games like Breath of the Wild and Super Mario Odyssey bringing the depth of home console gaming and the accessibility of handheld gaming, the cherry on top would be for a Mario RPG to complete that trifecta.

That’s all for this week’s edition of The Weekly Wizard, and seems to be a good place to end this mini-series of potential Switch revivals (for now). What Nintendo series would you like to see resurrected on the Nintendo Switch? Feel free to let me know in the comments. Tune in for the next edition of The Weekly Wizard, and check out my site WizardDojo.com for more of my thoughts on gaming, and other stuff too!