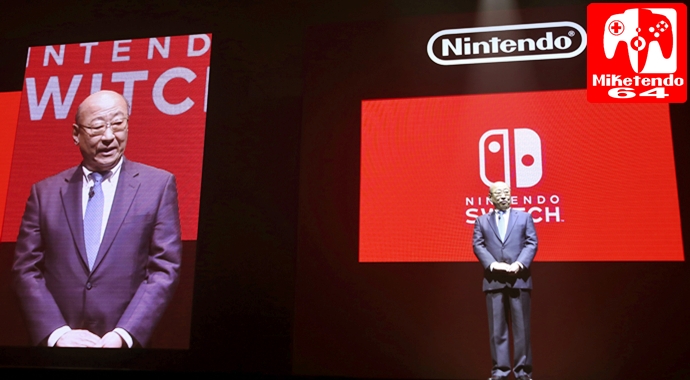 After Nintendo revealed that Nintendo had sold 2.74 million units, it was revealed the Big N believes they will ship 10 million before the end of the next fiscal year and that may very well be the case!

Having been able to asked Nintendo’s President (Tatsumi Kimishima), a couple of questions, The Wall Street Journal reporter Takashi Mochizuki, was able to get a few questions in and shared a few of the responses on Twitter and one of the things he noted Kimishima for saying, is repeatedly expressing that Nintendo actually has a few unannounced games for the Nintendo Switch, which he feels will boost Switch sales and with E3 less than 2 months away, there is a very good chance we can learn about a few of them then!

But that’s not all, because of the rumour of a SNES Mini floating around, Takashi Mochizuki actually asked Kimishima about this and all the President had to say about it was, “nothing to talk about it now.”

I: "Will there be SNES classic?"- Nintendo chief: "nothing to talk about it now."

Since it would be speculation and an assumption to say that response is Nintendo’s typical way of confirming something, instead we’re going to let you take from it what you will and just as soon as there is any additional SNES Mini related news, you can guarantee we will be back to cover it, so until then, keep on gaming!