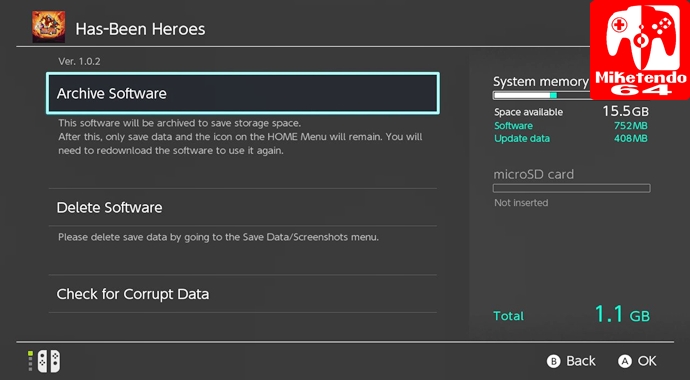 A few hours ago, a new update came to Has-Been Heroes. One which saw the game  now require 1.1GB just to have it on your Switch and while there are some new patch notes regarding this update, the majority of the “changes” are what we saw put into effect last time, regardless though, we have included them below with the newer details:

Since the tweaks, the difficulty between the game now and how it was before it released, has changed quite a bit. The game has become easier, but still difficult nonetheless, but on the off chance you’re still unconvinced of getting Has-Been Heroes, maybe our review can change your mind and you can see it by clicking on the link below:

For more Has-Been Heroes news, the site to visit is miketendo64.com!