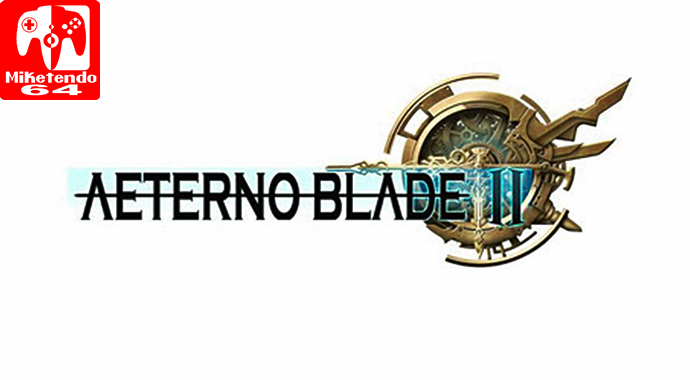 One game that made some waves yesterday, was when Corecell Technology revealed plans for the 3DS release of AeternoBlade II was being scrapped, only that’s not completely the case.

While it is true the devs have focused their attention on bringing it to Switch instead, having reached out to the devs, and received a comment on a few thing, it seems all is not necessarily lost. So here’s a summarised contents of what was said, followed by the actual comments from Corecell Technologies Noppon Wannapensakun.

Firstly, as far as the 3DS version goes it is not cancelled, but it is on hold, and although it runs smoothly on the dev’s own engine, to complete the 3DS version, a boatload of work is required, but with the devs making quality content their priority, work on the 3DS version has been moved to the back burner.

Secondly, for anyone who was hoping the Switch version may offer a little more or your buck, it may not happen. Right now AeternoBlade II is being developed as a multiplatform title across all platform, meaning regardless of what platform you play it on, exactly the same experience can be had, but saying that, the Switch will have a co-op mode and could go on to support some of the console’s key feature if the devs desire it. There’s also desires of amiibo mentioned too and because I’ve kept you waiting, here’s Noppon’s full comments:

“With regards to the Switch version, due to the fact we plan to make the game multiplatform game so, we’re not really planning on using the additional features the Switch provides just yet. That being said a 2 player co-op mode will be enabled and we may be add some puzzle mechanic that makes use of the Switch’s features.

Also since we are a 3rd party developer, I only experience Switch at launch date too. (Can’t stop playing Zelda) and personally, I want to make amiibo, but will depending on Nintendo and money.

Now as for the 3DS version, due to us wanting to use post processing of Unreal Engine 4, it’s had to go on hold for a while. [Editor’s Notes: Best term to describe it’s state is Development Hell, which is a media industry term for something that remains in development and often passes between crews, teams and even studios, but never progress and reaches completion] it does have the possibility.]

We are however still considering a 3DS release, since it does run on our “CoreUs Engine,” but it does still a lot work that needs doing and right now, we are now focused on content so. Content which we want to make sure is good first and then decide on what we are going to do next.”

And there you have it, a 3DS version could happen and there is more to this story than initially believed and so, we’re going to be keeping a close eye on AeternoBlade II from here on out.

So if you desire a site to keep you update on all the latest AetrnoBlade II happenings, miketendo64.com is that site! Until next time, keep on gaming!