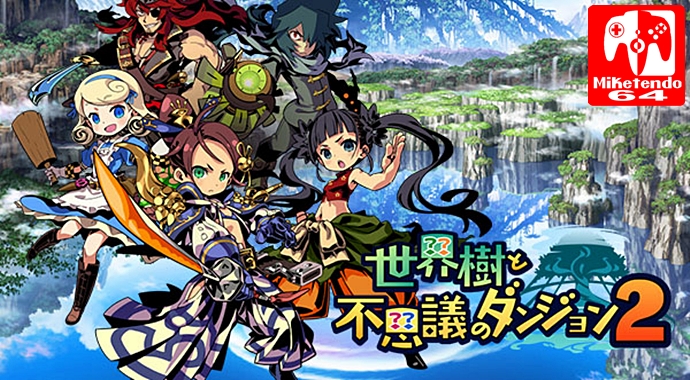 That “other announced” title is Etrian Mystery Dungeon 2 and it will release on the 31st of August, 2017. Next to nothing was said about the title, but to whomever purchases a first print of the title, (which will set you back ¥6,480 yen), will also be able to pick up a two-disc user’s best album that features players favourite songs from the first game and until the 9th of April, players can vote for which songs the album will consist of. As for the jacket that will house the CDs, it features artwork illustrated by Yuuji Himukai.

However if you are a true Etrian Mystery Dungeon fan, then why settle for the standard version, when an Etrian Mystery Dungeon 10th Anniversary Limited Edition Box will also be released later on this year and consists of a copy of the game, a 200 page long Character Art book and a special-make box. As for the cost of it, it’s only ¥9,800 yen.

The good news though, is you won’t have to decide just yet as the Japanese release is a good 5 and a bit months away, so there’s plenty of time to think about which version you want to buy before then. But if you need to know more about the game before you can even commit to buying the title, here’s the debut trailer, 22+ minutes of Etrian Mystery Dungeon 2 footage and a brief overview:

At the bottom of the Yggdrasil Tree there is said to be an entrance to the “Land of the Gods”—.

One day, you, an adventurer who visited the lakeside town that looks out on this legendary Yggdrasil Tree, meet a mysterious girl.

“I want to go to the base of the Yggdrasil Tree no matter what it takes.

”Just who is this girl? Why does she want to go to the Yggdrasil Tree?

Frequently clear “mystery dungeons” and, together with the girl, head for the distant Yggdrasil Tree!

Lastly an Etrian Odyssey 10th anniversary commemoration will be broadcasted on Niconico, on the 20th of May, and details on what the broadcast will entail will be shared closer to the day. When they do come though, you can expect to see them right here at miketendo64.com.