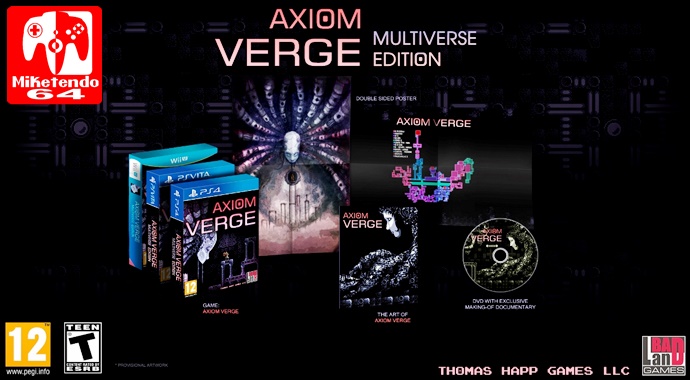 When it first came to the Wii U, Metroid fans were happy to have a spiratural successor to a game they love, but digital form just wasn’t enough as desires for a physical release was expressed and while months have passed since the title came out, a retail release is in the works.

Having partnered with BandLand Games, Thomas Happ Games will be making a physical edition of Axiom Verge (dubbed Axiom Verge: Multiverse Edition) for Wii U, PlayStation 4 and PS Vita and it comes with a lot of goodies. We’re talking a deluxe booklet that features art and developer commentary. There’s a double-sided poster and even a making-of documentary DVD!

Sure some of us were hoping for some Axiom Verge for 3DS/Switch news, but this news is just as good and while the release date is yet to be revealed, we do know it is slated for a Q2 release and is priced at the following prices: