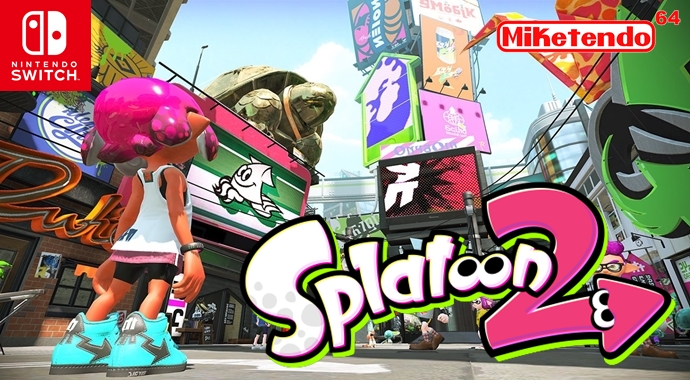 Now that Nintendo’s “Corporate Management Policy Briefing/Nine Months Financial Results Briefing for Fiscal Year Ending March 2017” a whole ton of news comes along with it, so get ready to see a ton of articles based on its contents and this is just the first.

For anyone who was worried it is too soon for a Sequel as far as Splatoon 2 is concerned (that’s the name of a Let’s Talk About we have on its way), and how it will differ from the first game, it will have voice chat, as Nintendo believes it will help “invigorate the competitive game scene.” Here’s Tatsumi Kimishima’s official comment about Splatoon 2:

“Splatoon 2 in particular will offer voice chat, a much-requested feature from our overseas fans, using smart-devices and the ability to bring eight Nintendo Switch systems together for eight-person local multiplayer. In this way, we are working to create titles and environments to invigorate the competitive gaming scene so that a wider demographic of customers can enjoy, talk about, and continue playing the Nintendo Switch.”

This concludes our Splatoon 2 portion of coverage regarding the Corporate Management Policy Briefing.