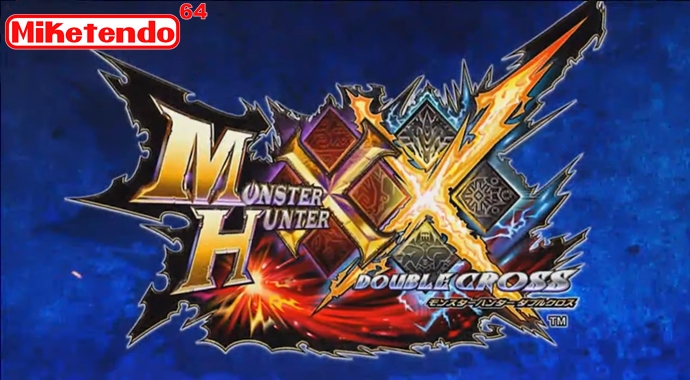 With today being October 27th aka the day we get all new Sun & Moon information and Japan receives a Monster Hunter Direct, we have some Monster Hunter news to report on!

Announced today during the direct by Capcom, was Monster Hunter XX (Double Cross), which is currently still in development. Apparently it offers two new hunting styles along with Brave Style and another two that will be divulged later on. Monster Hunter XX is set to release in Japan in March 18th and if played on a system with save data from Monster Hunter X (Monster Hunter Generations) that data can be transferred to the new title and if the system has Monster Hunter Stories save data, you will be able to receive a Nabiru Plalico outfit.

Other details shared about the game is that there will be G-Rank quests, the new main monster is a beast called Barufaruku. There is a new Diablos variant and Prowlers can leap off of monsters!

For more about the game, why not check out the footage below as we have rounded up a bunch already. We’re talking debut trailer, the entire Monster Hunter Direct footage and even gameplay that was show off at Monster Hunter Tokuban 2016 Autumn.

Or you can click here and be taken to the official site for the newly announced Monster Hunter XX, it boasts a ton of screenshots for you to check out, just don’t forget to check out the image below first. It does pertain to new Monster Hunter XX 3DS themes and one of them is awesome: