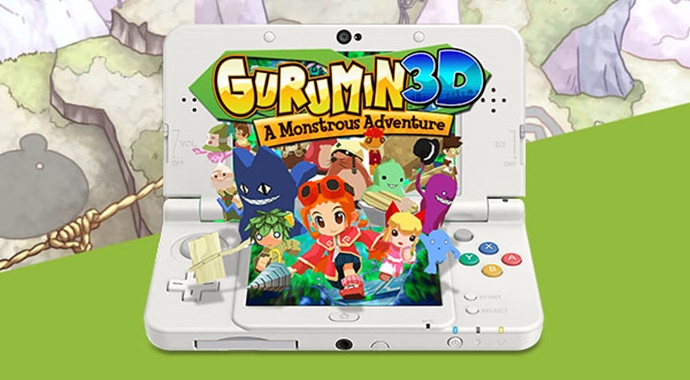 Last week the guys over at Mastiff Games announced gamers in North America can expect to see Gurumin 3D release on the 13th of October and today they’re announcing the European release date, the 27th of October and we have the press release with all the official details right here:

As a special limited-time bonus, fans who purchase Gurumin 3D: A Monstrous Adventure from the Nintendo eShop from October 27 through November 29, 2016 will also receive the “Gurumin Party Time Theme,” a theme that they can use to decorate the home screen of their Nintendo 3DS system. The Gurumin Party Time Theme features the cast of Gurumin 3D bursting into action atop a vibrant backdrop, and also features custom folders and music unique to the theme. And to coincide with the game’s release, several additional Gurumin 3D themes will also be made available for purchase from the Theme Shop on the Nintendo 3DS system.”

But that’s not all because if you would love to learn more about the game, Mastiff Games are doing an “Ask Me Anything” (AMA) on Reddit next week, at 16:00 PM PST on the 11th of October, so make sure you save the link below because the Mastiff Games guys are awesome and they will answer your questions,. It really is an opportunity not to be missed: