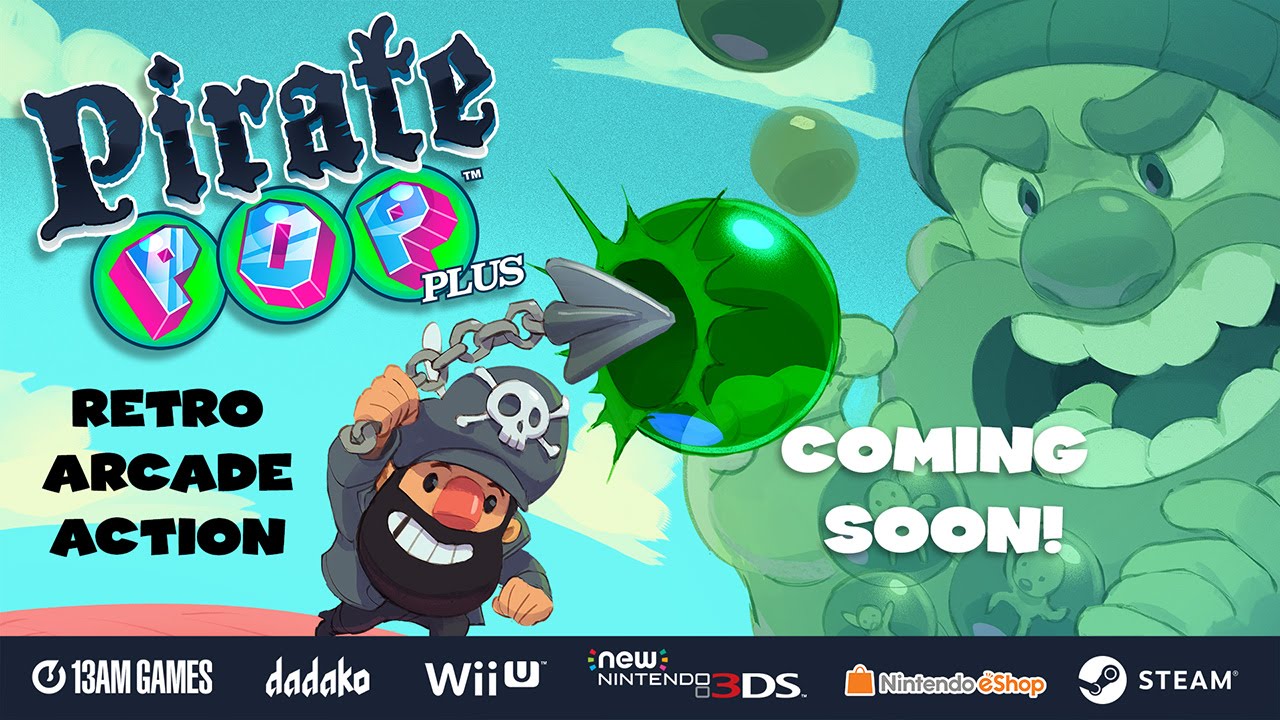 This week 13AM Games showed off the Pirate Pop Plus theme for the Nintendo 3DS and they teased more news would soon follow and that news is a Release Date.

Having spoken to the legends behind Runbow, this weekend we will be posting our full Pirate Pop Plus interview, and one of the things we covered is the release date and although they didn’t share the date, they did confirm the Wii U and 3DS versions will be releasing on the same day and that they will be announcing the releases dates next week.

I could share the exact day they intend to reveal it, but I won’t, just know it is sooner than later and that 13AM Games and that’s all you’re going to get from me today.

Source: Dave Proctor of 13AM Games