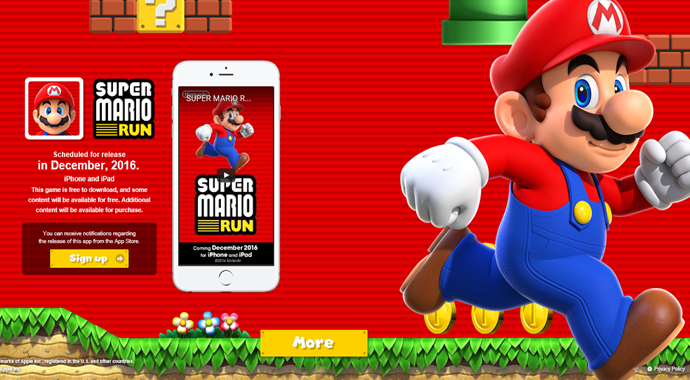 Now that Super Mario Run has been officially announced, the official trailer released and the official website now accessible, here’s a little more on the game that will be free to download in December, but does contain some additional content that comes at a price:

A new kind of Mario game that you can play with one hand:

“In this game, Mario constantly moves forward through the courses while you use a variety of jumps to navigate. Mario will behave differently depending on the timing of your taps, so it’s up to you to show off particularly smooth moves, gather coins, and reach the goal.There are three different game modes to play. The first mode features challenging courses for you to complete while collecting coins. The second mode has you challenge the play data of other players to show who can beat a course with the most style to impress Toads into joining you. In the third mode, you get to create your own Mushroom Kingdom using the coins and Toads collected by playing the first two game modes.”