Let’s Get Ready to Rumble – Pokemon Rumble U

Since 1995, the year of game’s series release, Pokemon gripped the world and twenty ears on its grip is still as tight as ever, if not tighter. Forgetting the gaming series for a moment, since the debut of Red and Blue the games went on to have a well-known TV show recognised the world over which even to this day still continues with Ash, the original trainer from the first series, still adventuring with

his good pal Pikachu and although he has never won a major tournament in his quest to become a Pokemon Master, he has mastered the art of not ageing and forgetting almost absolutely everything every time he begins a new quest in another region. Then there’s all the films and of course the international trading card game.  Ooh shivers, just thinking about the cards reminded me of 2002 when I possessed both a Charizard card and Ancient Mew.

But getting back to the games now, there have been so many, Stadium, Ranger, Mystery Dungeon, Snap, the canon series and of course Rumble and thanks to the Wii U, Pokemon Rumble U and I were able to finally make an acquaintance. Pokemon Rumble U is the sequel to Pokemon Rumble Blast and third installment in the Rumble series, with World being the latest. In Rumble U four players are able to battle together up to 100 Pokemon at a time. It is also the first Wii U game to utilize the Wii U Gamepad’s NFC function and a game where you can obtain every single Pokemon from Generation I to Generation V. Now as for the plot,  there is a mishap at the Toy Pokemon shop and some Pokemon capsule wind up being swept into a river before the capsule wash up on a far away riverbank. Emerging from the capsules are Pikachi, Sniv, Tepig and Oshawott, our heroes in this all new adventure, who set off in the hopes of making it back to the Toy shop.

I will be perfectly honest, when I first saw this being played, I was like “okaaay,” it was odd to look act, because of the appearance of the Pokemon, but also because of the gameplay being used, it was different, but then I found myself wanting to play and I played for a solid two hours before I even realised time was ticking on and I had to make a move for home. Months passed before I would play Rumble again, months spent of me looking it up in eshop and thinking “do I or don’t I?” Well after months of internal debates, I finally bit the bullet and added it to my Wii U collection and then I spent the following three hours playing it non-stop and why wouldn’t I? It is a very fun game.

Anyone of any age can play it, it’s dead easy to come to grips to, it’s a good and easy game to play when you haven’t got a lot of time to play, ie you’ve got to be out the door in thirty minutes, but you can play four levels first, just as long as you are able to pull yourself away from it of course. I will admit that although there is a huge range of Pokemon you can catch and a range of levels, there isn’t all that much content to the game, with story mode easily able to be beaten within six hours. Sure the NFC figurines do contain a little more content, such as you being able to customise the Pokemon you received from the NFC figurine, but that is pretty much it. But before that acts as a deterrent to not try this game if you haven’t already, just think of good old terrifying Rayquaza, he’s not so terrifying anymore and just looks so cute. Him and Mewtwo look so cute and cuddly. 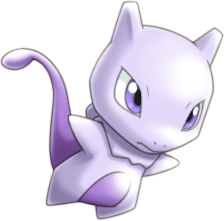 I have played this alone and I have played this with friends and even after completing story mode, I am still playing it, I will catch every Pokemon that is my mission now and even if I had already got them all, I would still play this. In fact I would probably just start a new game just so I can do it all over again. Takes no real time, is really fun to play and for the third and final reason, it’s Pokemon and let’s be honest, who really can resist the allure of Pokemon? Secondly, who would want to?

It’s not just for kids, it’s for life, so enough talk, let’s get to the Pros & Cons:

-There is fun for all as this game allows up to four players to play together, embarking on a Four Poke version of a Four Swords adventure.

-So easy to get into and play. Smooth mechanics and plenty of objectives and collectable Pokemon to ensure plenty of replay value.

-I can’t say it enough, it is undeniably fun and the Pokemon are just so great to look at.

-The move sets are great, sure four attacks could have been implemented, but two work just fine.

-For anyone struggling with the first two thirds of the game, there is a password function where you can get yourself an army of Pokemon who possess a power rating of 1000, 1300 and 1700, which includes a shiny Tepig.

-Would have been nice to have seen a bonus mode, or have a harder mode unlocked upon completion of story mode.

-Additional storage would also have been nice, or at least a way of saving one of each Pokemon you have obtained

-Inclusion of evolution would have been a cool effect to and even the rare chance of catching shiny Pokemon.

-Larger arenas to battle in.

And now seconds away from the reveal, this rumbletastic game for me, scores an impressive 8.3/10.0 Master ball capsules and that’s just from my experience of playing without playing with one of my very own NFC and even though it isn’t the best or greatest Pokemon game ever, but it’s a long way away from the worst.

But as always, the thoughts and opinions expressed here are those of my own and it is encouraged for you to make your own.