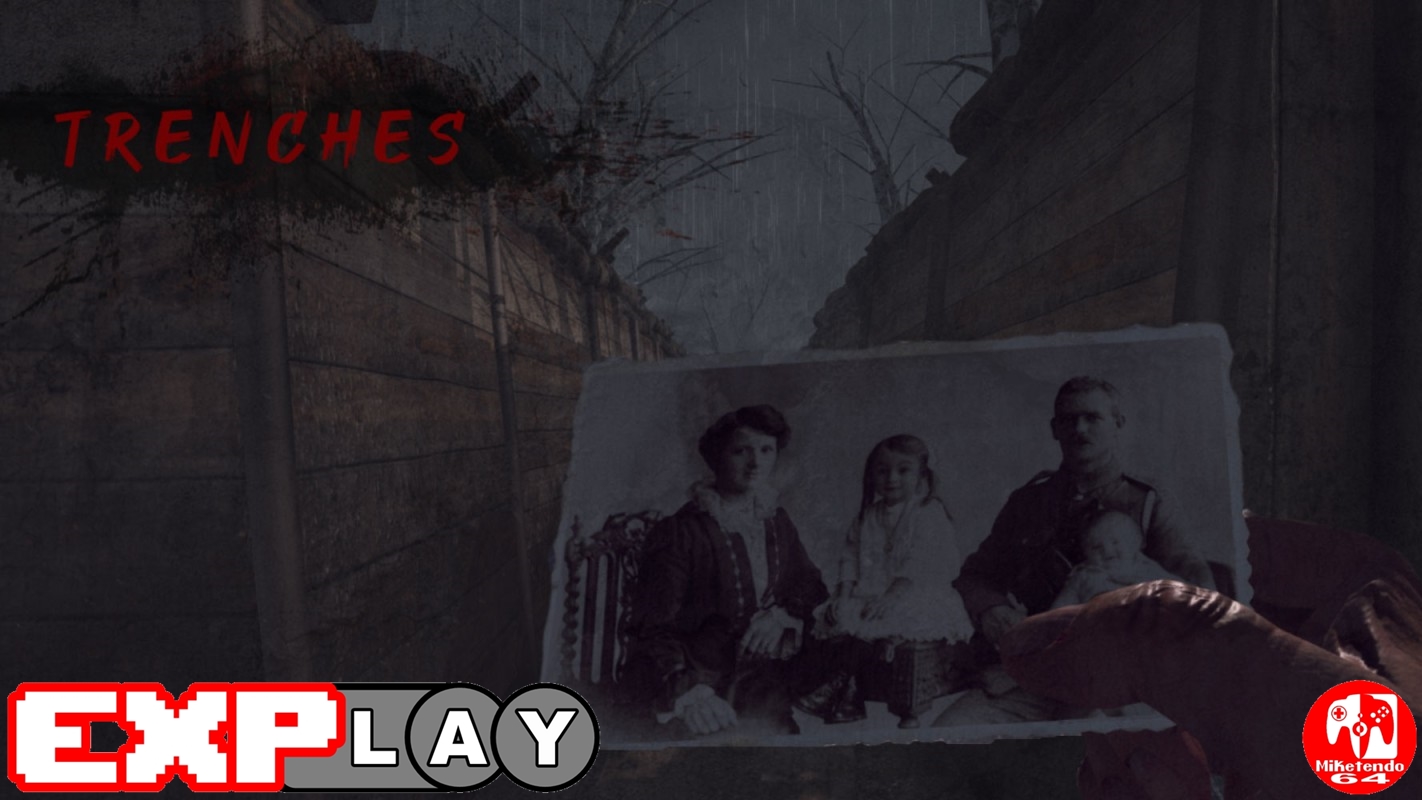 Welcome to EXPlay, (Explain & Play) the review series where we care not for scores but tell it how it is when it comes to every game we get our hands on, whilst also taking the time to include some lengthy gameplay, to give you the reader, the chance to shape your own impressions and views whilst watching and reading. In this installment, we’re covering Trenches by developer Steelkrill Studio.

Trenches is a first-person horror survival game set in the darkest, dankest and most terrifying location imaginable, in the trenches. The game is developed by Steelkrill Studio and published by Ratalaika Games. It was released across multiple platforms on January 20th, 2023 including Nintendo Switch, Playstation 4 & Playstation 5, Xbox One & Xbox Series X/S.

The game takes you to WWI, as a soldier who is trying to find a way out of the miserable, damp trenches behind enemy lines. Your comrades are nowhere to be seen… living anyway. All that remains are the bodies of the dead but as you try to escape the trenches, you will soon realize that you are not alone.

As you venture forward, hoping to find the way out to safety, you will start to see that things do not add up, there are strange apparitions and disfigured objects that shouldn’t be there. Weird fetus dolls, words scrawled on the wooden boards written in blood, and the occasional jump scare of a hanging corpse or a sudden apparition. On top of that, there is something stalking you and can hear your every footstep, especially on the wooden planks beneath your feet.

Trenches is a first-person survival horror game that has you mainly trying to avoid capture as you hunt for clues that will help you in your escape. You have limited resources and no means to fight back against what is hunting you. Well, you are armed with a Trench whistle and you can eventually find a Luger pistol but your best chance of survival is to avoid being seen altogether. That, or remembering where the good hiding spots are when you have been spotted and are being chased.

To keep players engaged (and to stop them from directly bolting to the exit), there are objectives that you have to complete in order to progress forward. The objectives are randomized so that each playthrough should be different to the last. So, if you were unsuccessful in surviving the first few times, you may be more fortunate in the next run. There are a number of items that you can use to “help” you like the map, wire cutters, bottles, the Luger pistol, etc. I say “help” because you do have to find them first (if you can find them in the labyrinthine alleyways of the trenches). The map, for example, will give you the layout of the trenches but it won’t indicate where you are. You will have to use any distinguishable landmarks or signs on the walls to help pinpoint where you are in relation to where you need to go.

Trenches is a quite a challenging game and one that I’m sure horror aficionados may well enjoy, especially with its eerie atmosphere and the clever use of lighting that constantly hinders your vision so you can’t see what’s ahead of you until it’s too late. There is no handholding and you will actually feel a sense of relief and accomplishment should you successfully survive the horrors and make it out. If you are brave enough to take on the Trenches, then we salute you, soldier!