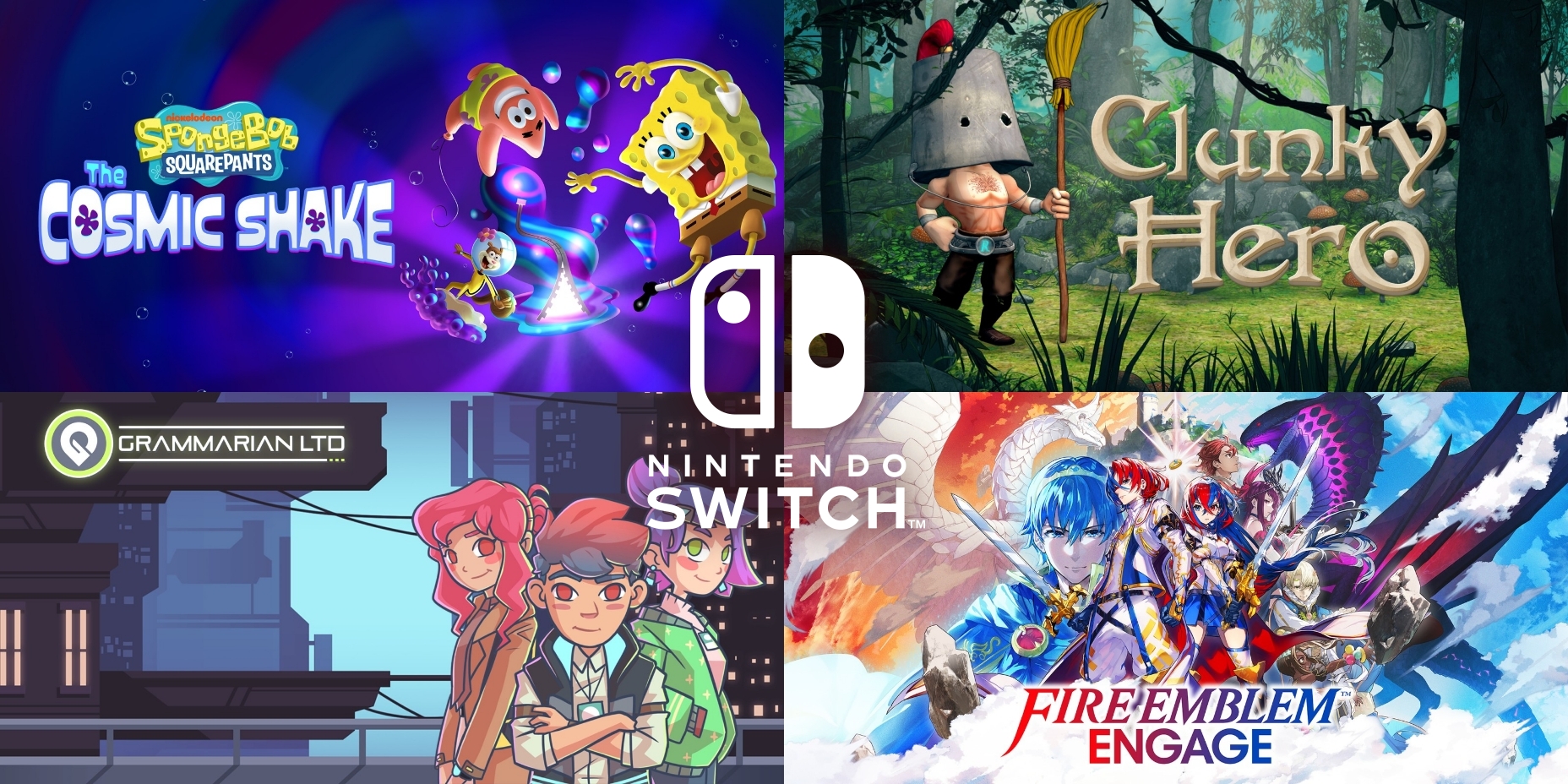 As January continues to properly get underway, welcome back to our efforts to highlight some formidable games all releasing on the Nintendo Switch. this month. Having already covered the likes of Persona 3 Portable, Persona 4 Golden, NeverAwake, and A Space for the Unbound, it’s time to showcase our fourth selection of four upcoming titles:

Clunky Hero is a story-driven, platformer metroidvania, with a touch of RPG, Hack’n’Slash and tons of humor. If you’d love a platformer game where you have a funny storyline, can talk with characters, solve side quests, find and buy items, change weapons and wearables, with great hand-drawn-looking backgrounds, presented in a very comical way, then Clunky Hero might be the game of your dreams!

STORYLINE: In a village far, far away, a dull peasant named Rufus was living an ordinary life. The boss of the house was his wife, Brunilde, a boisterously smart and funny woman that you wouldn’t exactly call “pretty”. Life was nice and happy in the village, until one day, awakened by some magical mistake, the Evil One started to spread his minions around town, performing hideous acts against the people. The worst of which was the kidnapping of Brunilde. She was torn from Rufus’ hands and put in a prison at the Evil One’s castle. Transformed into a blondie duck-faced doll girl, she now spends all her time staring at herself in a small handheld mirror.

Determined to win her back, Rufus made a helmet out of a bucket and picked a broom as a weapon. Everybody now calls him the CLUNKY HERO, but he might be the only hope to defeat the evil one that no one wants to call by name. Rufus is now on his journey to save his wife and the whole village!

Welcome to 2099, where all communication must use correct grammar. Anyone who uses incorrect grammar will accumulate bad credits that lead to getting fired, denied public service, or even jailed.

Play as a fresh graduate of theoretical mathematics who, because of some mix-up, now has to work as a grammar validator in the biggest grammar validation agency.

Use your grammar and management skills to work your way up from “Junior Passable Intern” to “Editor Extraordinaire.” Find and correct grammatical mistakes in documents, learn some new grammar rules, and beat your colleagues in a grammar battle. If you are doing well, you can upgrade your crummy apartment, adopt a pet, or ride a helicopter to the office. Everything is possible in Grammarian Ltd.

Wish-granting Mermaid’s Tears in the hands of SpongeBob and Patrick… What could possibly go wrong? Sure, the very fabric holding the very universe very together could come very undone, opening up portals into Wishworlds full of knights, cowboys, pirates, and prehistoric snails. But that’s nothing everyone’s favorite sponge can’t handle – with the right cosmic costume!  Everybody do the Cosmic Shake!

All details regarding the games above were true at the time we sourced them directly from Nintendo’s own website. If there are any changes between now and each game’s eventual release, we apologize in advance and we hope you have enjoyed the selected titles so far. For even more games, we invite you to join us again next month for more of the same highlight antics.