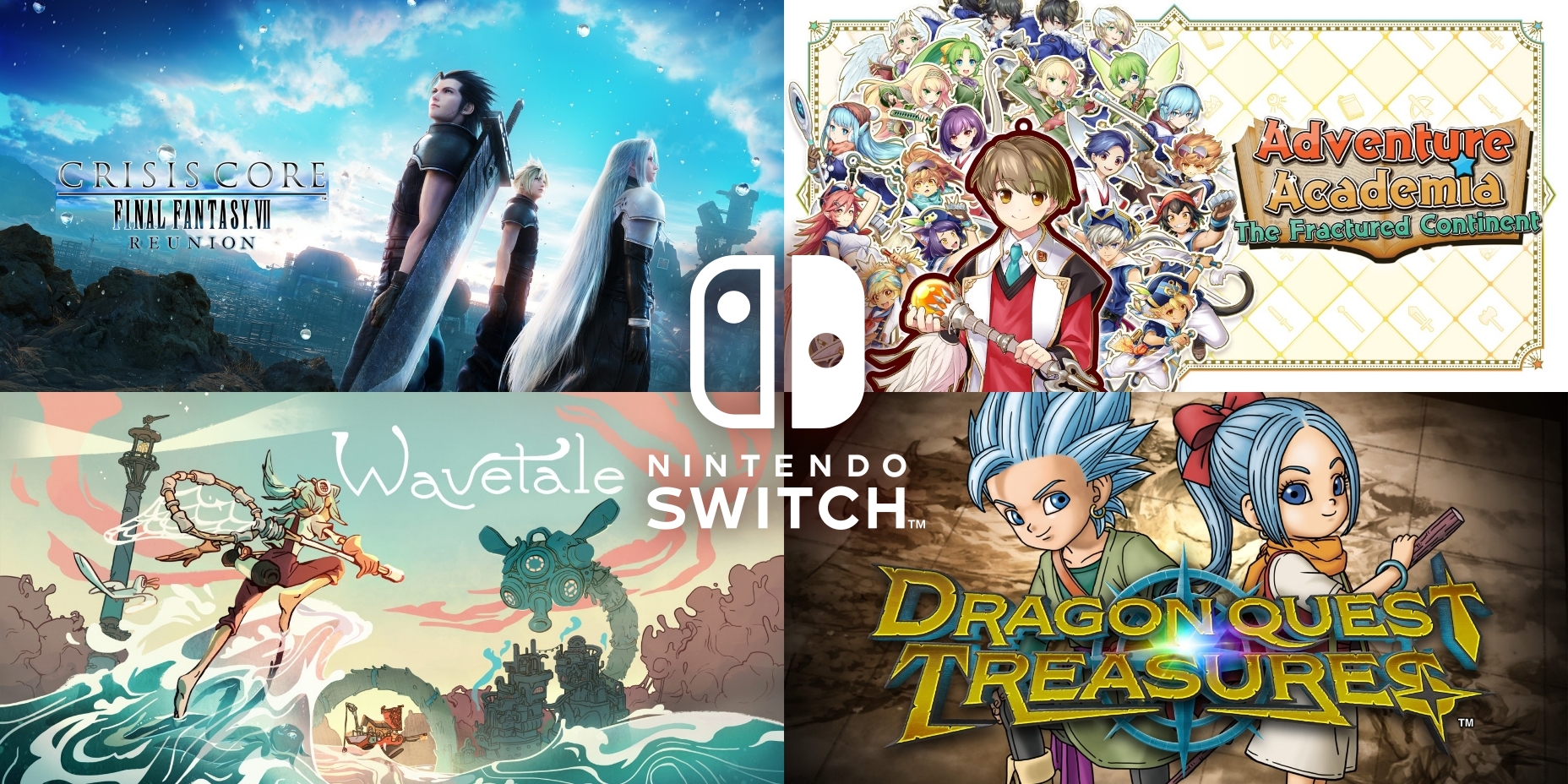 December has arrived and along with it, comes another month packed with new, exciting and very engaging titles, all playable on the Nintendo Switch. So, once again, please join us as we highlight 16 upcoming games that are all releasing this December. Having already covered the likes of SAMURAI MAIDEN, Mech Armada, Chained Echoes, and Simona’s Requiem, it’s time for our next four picks:

Erik and his sister Mia live on a Viking longship, dreaming of the day they can explore the world in search of grand treasure. One night they encounter a pair of otherworldly creatures, Porcus and Purrsula, and are whisked away to a mysterious place known as Draconia – a legendary land full of treasures just waiting to be discovered. The adventure Erik and Mia have always dreamed of is finally underway!

With the vast world of Draconia to explore and tons of tantalizing treasure to find, Erik, Mia, and their cute companions will need some help. The team soon befriends and recruits a veritable variety of well-mannered monsters. By making use of these monsters’ magical visions of hidden treasure and their unique treasure-hunting abilities, our heroes will race over open fields, scale cliffs with a single bound, and glide over gaping chasms to locate loot in even the most fiendishly inaccessible spots!

Venture into a vast, varied world where twists, turns, and mysteries lie hidden on your path to discovering the legendary treasure of Draconia!

Adventure Academia: The Fractured Continent is a fully-fledged strategy RPG set in the world of Class of Heroes! Create your own party of students in a fantasy realm! Pick them up and guide them to victory against the monster hordes!

Armed with an ancient relic – the Ruler Orb – passed down for following generations and plenty of support from the loyal students of Obsidian High you will need to strategize, recruit, manage and fight with everything you have to defeat the hordes of monsters threatening your home. Take command and forge the way forward…and to the truth once and for all!

Surf the waters of a submerged city! Fight gigantic sea monsters, save your neighbors and uncover the secrets hidden under the surface.

Explore the open sea and the decaying archipelago of Strandville in Wavetale, a story-driven action-adventure game introducing you to fed-up fishermen, secretive hermits—and maybe a pirate or two. Traverse calm waters and surging waves as Sigrid, a young girl who befriends a mysterious shadow that provides her with the power to walk on water.

Speed through the waves, swing yourself from housetops with your net, and defeat monstrous enemies to save the citizens of the islands. All with a little help from the shadows down below—and your cranky grandmother.

In the mako-powered metropolis of Midgar stands the headquarters of Shinra, a powerful company with a formidable private army. Zack Fair is a promising young operative in the Shinra military’s elite unit, SOLDIER. Together with his mentor, SOLDIER 1st Class Angeal, and the SOLDIER hero Sephiroth, Zack begins an investigation into the recent mass disappearance of SOLDIER operatives.

CRISIS CORE –FINAL FANTASY VII– REUNION is the HD remaster version of the smash hit prequel to FINAL FANTASY VII. In addition to all graphics being remastered in HD, fully voiced dialogue and new soundtrack arrangements make for a dynamic new retelling of a beloved classic.

CRISIS CORE –FINAL FANTASY VII– REUNION follows the story of Zack Fair, a young warrior admired by the boy destined to save the world, trusted by men renowned as heroes of legend, and loved by the girl who holds the fate of the planet in her hands. The tale of Zack’s dreams and honor—the legacy that connects him to Cloud—is revealed in full in this grand saga that has broken the limits of an HD remaster.