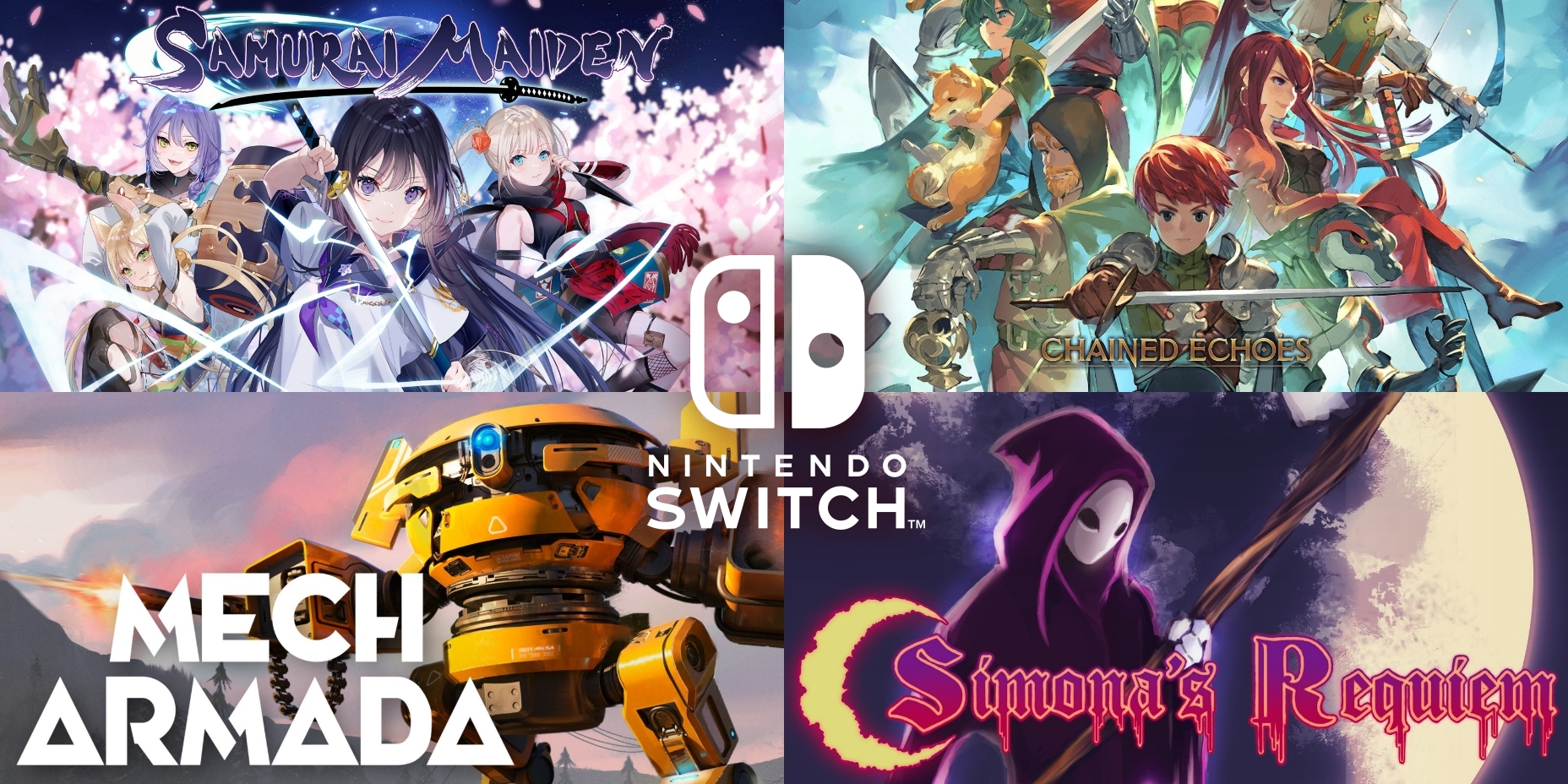 December has arrived and along with it, comes another month packed with new, exciting and very engaging titles, all playable on the Nintendo Switch. So, once again, please join us as we highlight 16 upcoming games that are all releasing this December. Having already covered the likes of Goonya Monster, Kukoos: Lost Pets, Witch on the Holy Night and Path of Ra, it’s time for our next four picks:

A temple in flames. Swirls of black smoke rise high into the sky. The angry shouts of soldiers can be heard all around.

Before you stands a bearded old man… Wait, is that Nobunaga Oda?

A young woman from the 21st century with sharp swordsmanship skills finds herself in Honnō-ji during the Sengoku period! Together with a trio of newfound ninja friends, she races through the Underworld beneath Honnō-ji, confronted by enraged corpses at every turn!

Nothing can stop this all-female powerhouse team, as the young woman turned samurai slashes up enemies while the ninja wipe them out with their fierce ninjutsu!

And when things get tough, activate the Devoted Heart technique to have samurai and ninja lock lips to enhance their abilities!
There are so many exhilarating, epic battles to take on!

Slay the Demon Lord of the Sengoku period and forge everlasting bonds with your ninja friends!

Mech Armada puts you in command of your own team of custom-built Mechs. Upgrade and build your roster of available Mechs from over 80 unique parts, each with their own strengths, weaknesses and playstyles. From flamethrowers to mega missile pods, fighter drones to rayguns, determining the right Mech build and leveraging its weaponry is key to conserving your resources and defeating The Swarm.

Mech Armada offers deep grid-based, turn-based combat, where there are no perfect solutions to the challenges you face. Understanding your enemy and anticipating their actions, getting to know the limitations of your Mechs while managing your resources and observing the terrain ahead of you will determine your success. At the end of each area, you’ll need to take on The Swarm’s major bosses: they’re massive, ugly and ridiculously tough. Are you up to the task?

No two runs in Mech Armada are the same. With procedurally generated levels set across a backdrop of varied post-apocalyptic environments, every element in the game is randomly combined and balanced to create a unique, challenging experience. Like all rogue-likes, death in Mech Armada means game over. You’ll need to try again with an entirely new run, with fresh Mechs and all new encounters.

Chained Echoes is a story-driven JRPG where a group of heroes travel around the vast continent of Valandis to bring an end to the war between its three kingdoms.

In the course of their journey, they will travel through a wide array of diverse landscapes spanning from wind-tanned plateaus and exotic archipelagos to sunken cities and forgotten dungeons.

Take up your sword, channel your magic or board your Mech. Chained Echoes is a 16-bit Style RPG set in a fantasy world where dragons are as common as piloted mechanical suits.

Follow a group of heroes as they explore a land filled to the brim with charming characters, fantastic landscapes and vicious foes.
Can you bring peace to a continent where war has been waged for generations and betrayal lurks around every corner?

Simona’s Requiem is a retro-styled platformer Inspired by old action-adventure games but with a modern touch. Pick up the scythe as Simona and slash your way to the Fisher King who has hidden behind the moon.