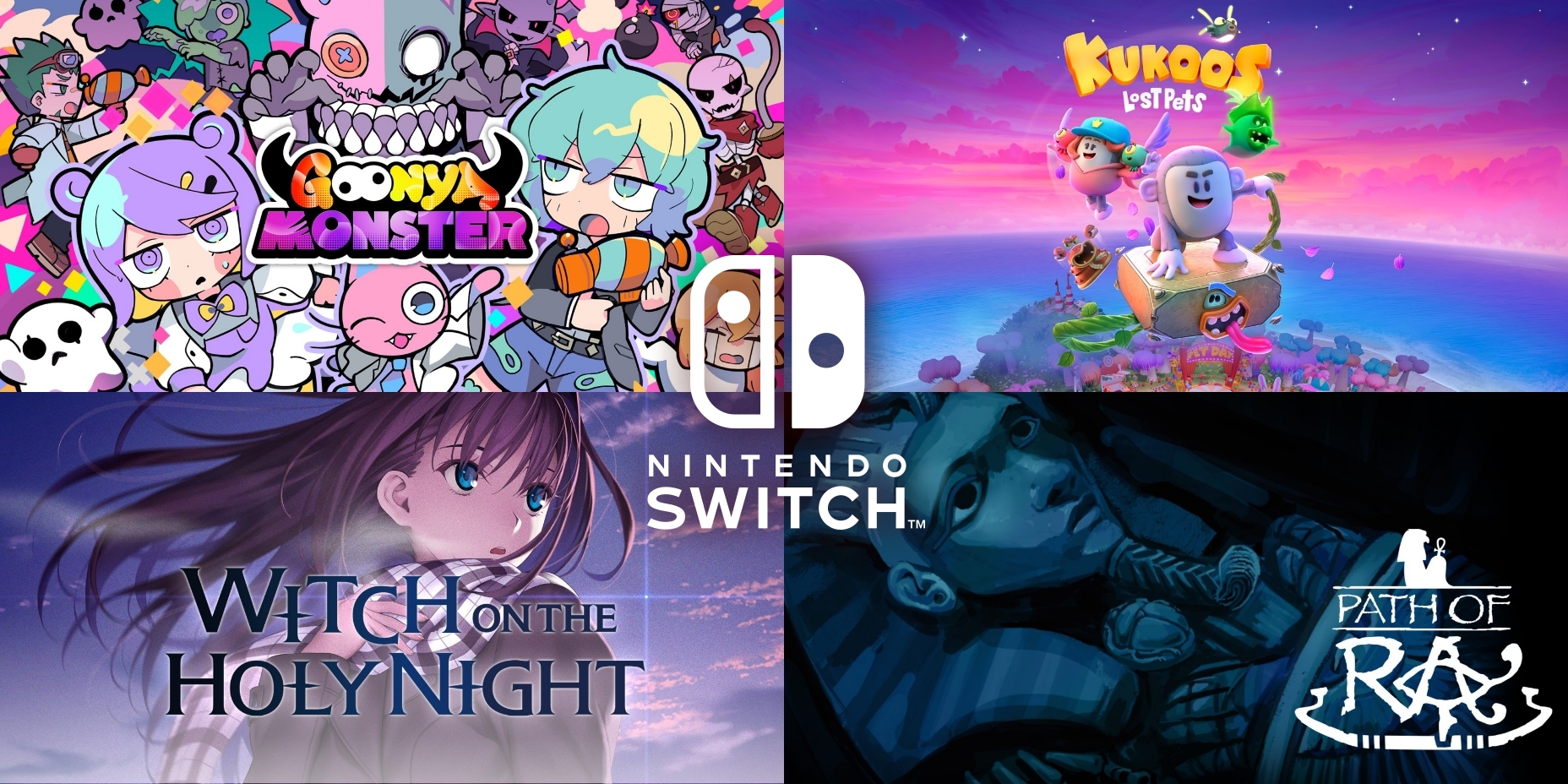 December has arrived and along with it, comes another month packed with new, exciting and very engaging titles, all playable on the Nintendo Switch. So, once again, please join us as we highlight 16 upcoming games that are all releasing this December. Without any further ado, here’s our first four picks:

In Path of Ra, you accompany the soul of a Pharaoh reincarnated as a hieroglyph on the murals of his tomb. Move the slabs and create a path for him to reach the exit. Relive his story and discover the circumstances of his death through sumptuous hand-crafted cinematics.

On a planet covered in water, a fun and adventurous species known as the Kukoos live on the only island that is home to the Kukoo tree. After an experiment in which the Kukoos attempt to make their pets more obedient goes haywire, it is up to the Kukoos to find their newly aggressive and unruly pets and regain control, restoring harmony to the once peaceful Kukoo tree.

Travel through secret worlds within the massive Kukoo tree to find your friends and end the pet rebellion! This charming 3D platformer takes you across the vast and colorful Kukoo universe, where you’ll take charge of an array of pets and use their individual abilities to battle against unique bosses, find hidden collectibles, and solve ancient puzzles. Journey solo or team up with up to three friends to enjoy a four-player adventure unlike anything you’ve seen before!

TYPE-MOON, known for the popular game app “Fate/Grand Order” and the epic visual novel “Tsukihime,” is releasing the visual novel “Witch on the Holy Night,” first released for PC in 2012, on Nintendo Switch™.

Experience a young adult tale, set in the vibrant and bustling 1980s, that follows an innocent young man and two young “witches.”

Updates added since the PC version include the fully voiced characters that fans have long awaited, as well as visuals remastered in full HD, bringing the experience to life with unparalleled image quality.

Various new visual elements not only imbue battle scenes with tension, but also breathe life into the characters’ everday activities, with motions that bring a sense of animation and make the text even more deeply immersive.

Two witches dwell within a mansion atop a hill. It is the late 1980s, the twilight years of a vibrant and bustling era. A boy arrives in the city only to encounter two witches living in the present day. The boy leads a normal life.

One of the girls is proud and dignified. The other lives hidden away, as if in slumber. Three stars in parallel orbit, fated never to meet. The story of how these three completely different characters come to live under one roof will soon be revealed…

First released in 2012 for PC, “Witch on the Holy Night” returns after 10 years, further refined with fully voiced characters and a full HD visual remaster.