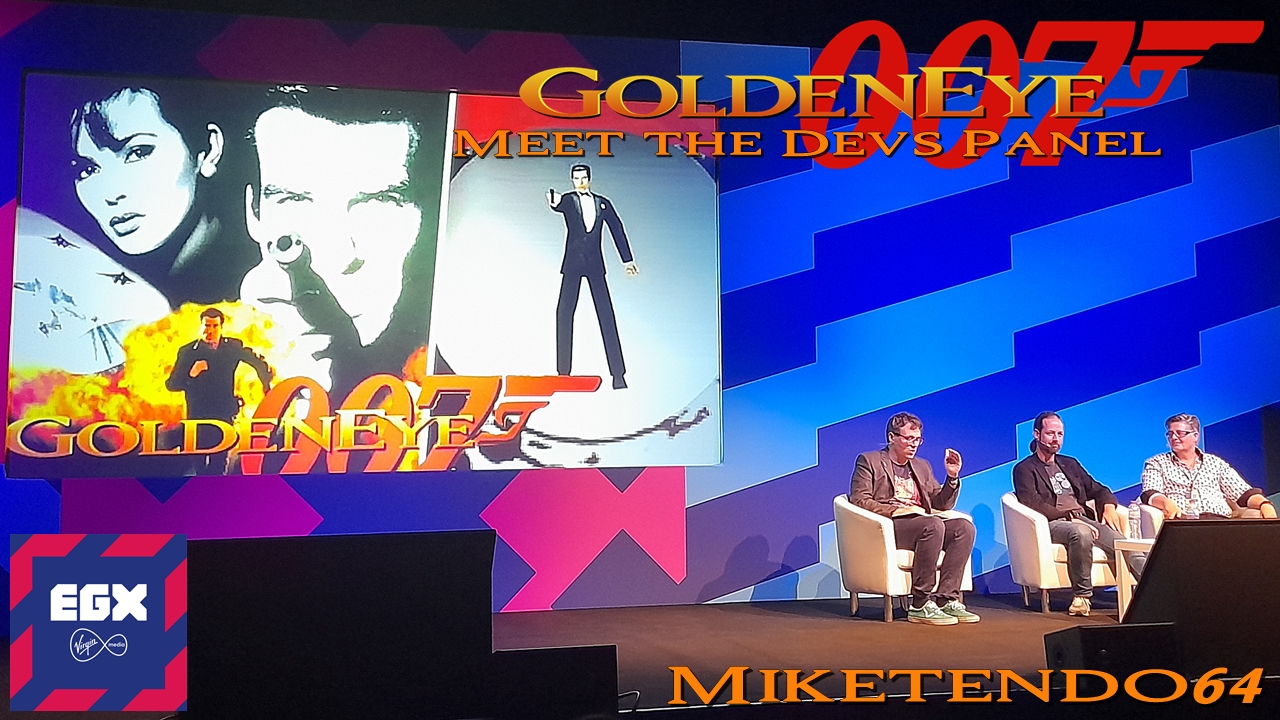 During EGX London 2022, the biggest highlight for us and for many a RARE Bond fan was of course, the Goldeneye 007: Meet the Devs panel. Celebrating 25 years since the release of the worldwide critically acclaimed first-person shooter game, two of the game’s developers, Martin Hollis and Brett Jones, were in attendance to share their experiences on developing the hit Nintendo64 game. There were originally meant to be four members of the development team, including Karl Hilton and composer Graeme Norgate but they were stuck in an unfortunate train delay in Leicester. However, Martin and Brett had more than enough stories to tell and it was fascinating to listen to them.

Some of the stories they told included how their three-year stint at the farm in Twycross developing Goldeneye felt like being in prison. How they used books and other media to create the designs and models in the game as the internet that we know today didn’t exist then and there was even a story of how they used a wetsuit with motion capture sensors stuck to it in order to program the animations seen in the game.

Although you really had to be there to enjoy and feel the full experience, we have recorded the panel for anyone who couldn’t be there in person and would really like to watch and listen to it. I will just say please forgive us for the audio and visual quality of the recording and we had a couple of mishaps with the camera falling on its tripod, Twice! Fortunately, our good friend Barry Dunne from Impact Game Station has edited the video to make it a little more presentable with overlays and some fading transitions to fix our little snags.

We hope you enjoy the video!