[EXPlay] The Legend of Heroes: Trails from Zero (Nintendo Switch) 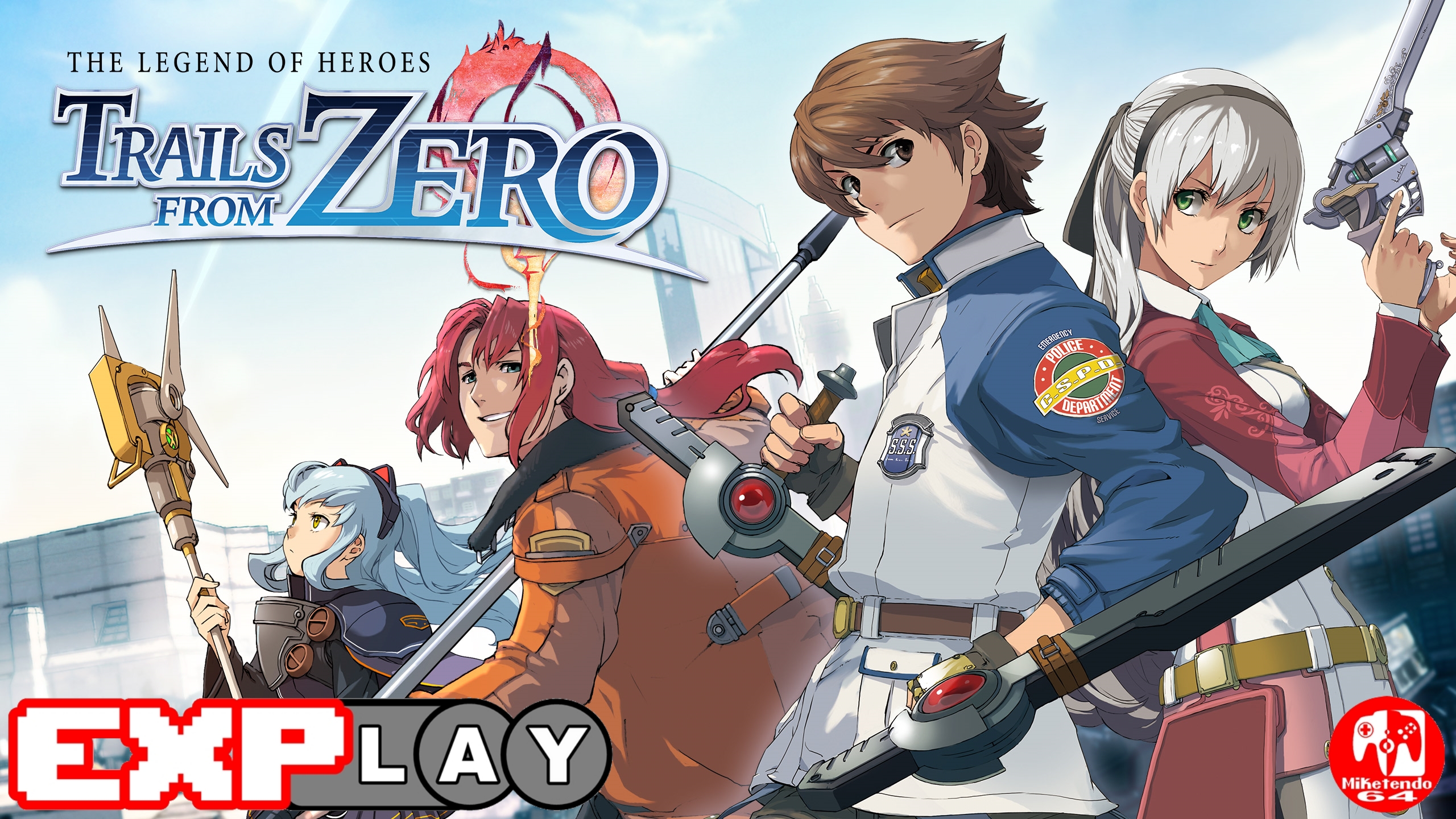 Welcome to EXPlay, (Explain & Play) the review series where we care not for scores but tell it how it is when it comes to every game we get our hands on, whilst also taking the time to include some lengthy gameplay, to give you the reader, the chance to shape your own impressions and views whilst watching and reading. In this installment, we’re covering The Legend of Heroes: Trails from Zero by developer Nihon Falcom.

The Legend of Heroes: Trails from Zero: (The Explanation)

Initially released back in 2010, The Legend of Heroes: Trails from Zero or Zero no Kiseki as it was known by in Japan, is an RPG that belongs to the Trails sub-series of games, which is part of the larger The Legend of Heroes series. As for the setting, the events of Trails from Zero takes place in Crossbell, a large city growing in status that two warring factions are fighting over.

In an effort to stop the fighting and route out the inner-city corruption, Crossbell’s Police Department has no choice but to set up a new division, the Special Support Section (SSS for short) and enlist four differing heroes to make the SSS work. Among the four heroes, we have Lloyd Bannings, Elie McDowell, Randy Orlando, and Tio Plato and should any of those names feel familiar, they absolutely should. Especially since Lloyd and Randy do make an appearance in the Cold Steel games.

For the most part, The Legend of Heroes: Trails from Zero is very similar to other The Legend of Heroes games in terms of gameplay. Battles are turn-based with our heroes able to use Arts, Crafts and S-Crafts to deal more damage against enemies and exploration is encouraged. Where gameplay differs, however, is down to the Police element of the game.

With Lloyd Bannings being a certified detective, side quests and story quests are presented as Police investigations that Lloyd and his team must solve. For every completed case, comes the reward of Mira, an in-game currency and Detective Points, essential points required to rise up the many ranks of being a detective in Crossbell.

Whilst it is true, The Legend of Heroes: Trails from Zero has already seen a Japanese release on the Nintendo Switch in 2021, this is the first time those of us in the west can experience the game in all its splendour. With an English translation, which did start out as a fan project, before it was used as the basis of NIS America’s own translation, the full story is now ours to enjoy, albeit with only Japanese voice acting supported.

Still, The Legend of Heroes: Trails from Zero is an enjoyable game nonetheless and it won’t be long before the story ramps up the stakes. Plus, being as though this is the enhanced port containing improved visuals, helping the game to look all the more impressive, there can be no denying how good it looks. It might not be as stunningly stylish as Trails of Cold Steel IV in all its 3D glory, but the traditional RPG elements at play make up for it all the less, thus giving the game a befitting ageless feel.

RPGs have always been one of my favourite genres in terms of video games. From rich worlds, killer soundtrack and a whole host of content to enjoy, they’re a genre of games you can always keep coming back to. Like some RPGs though, The Legend of Heroes: Trails from Zero does come across as slow to start and limited in what it allows you to do in the Prologue and first few chapters of the game.

When it does find its flow, however, and starts to take off in a spectacular fashion, the people and City of Crossbell can soon become endearing to the player. Of course, the added time with Randy and Lloyd also helps us to like them all the more and appreciate their appearance in the Cold Steel games all the more.

The Legend of Heroes: Trails from Zero: (The Gameplay)