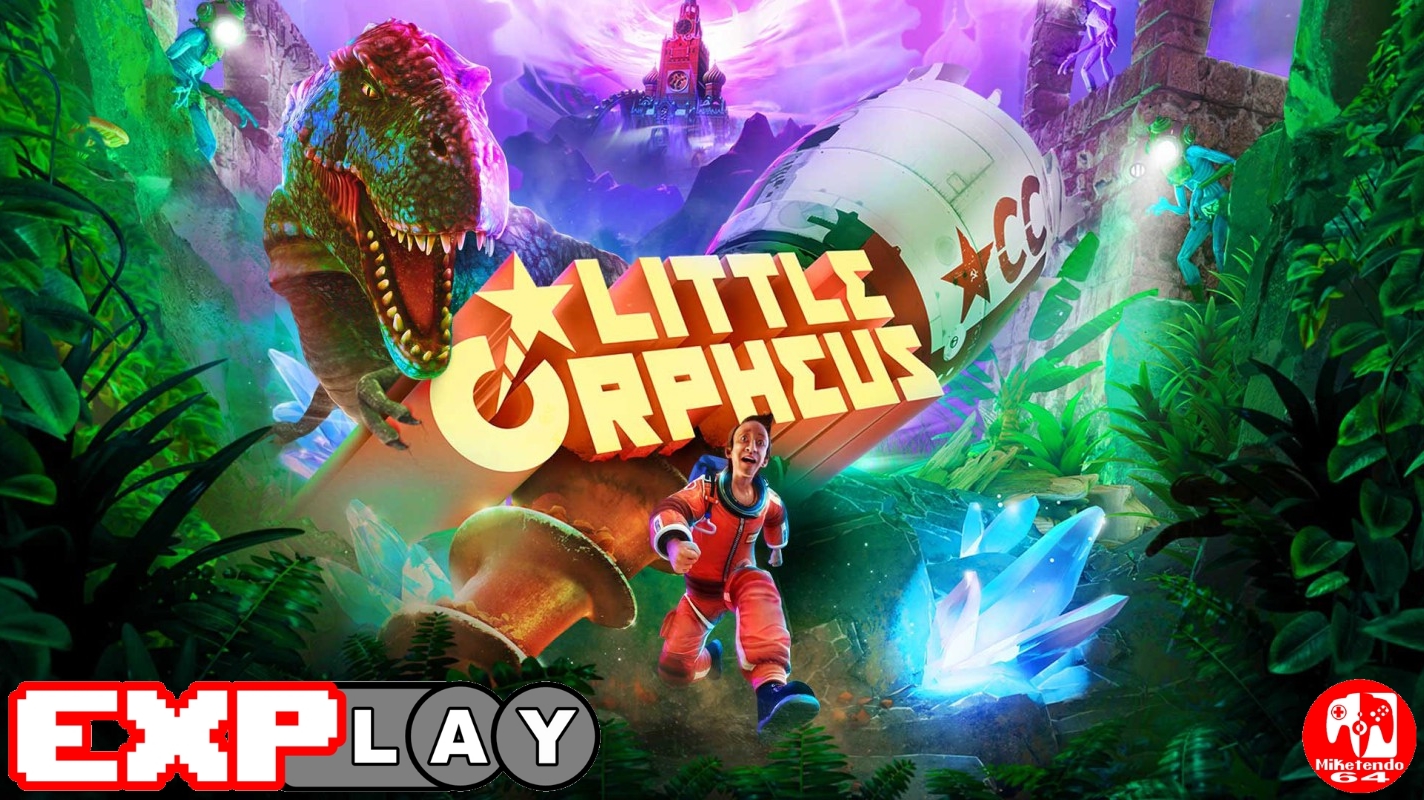 Welcome to EXPlay, (Explain & Play) the review series where we care not for scores but tell it how it is when it comes to every game we get our hands on, whilst also taking the time to include some lengthy gameplay, to give you the reader, the chance to shape your own impressions and views whilst watching and reading. In this installment, we’re covering Little Orpheus by developer The Chinese Room.

Once upon a time there was a majestic nuclear bomb called Little Orpheus, but don’t let the name fool you. There is nothing little about this bomb and yet somehow, comrade Ivan Ivanovich Privalov was able to lose it and now that Little Orpheus is finally coming to consoles, he gets to lose it all over again.

Developed by The Chinese Room, Little Orpheus is a fantastic, side-scrolling platformer, of cinematic storytelling proportions, which first debuted on Apple Arcade in 2020. Consisting of two timelines, one playable in 1962 and the other set in 1965, played out via greyscale cutscenes depicting Ivan conversing with a stern General.

I say conversing, but it’s more akin to an interrogation and Ivan has no choice but to answer the General as truthfully as he can, while the General frequently disbelieves him or responds with put downs, to which Ivan contests in a humorous fashion.

Where Little Orpheus’ fantastic approach to storytelling really comes into its own though, is by how seamless it weaves the two time periods together. Whilst there are moments where players can see the interrogation play out uninterrupted, for the most part, most of the conversation between Ivan and the General is heard rather than seen.

How this works is with it being laced over the top of the Platform based gameplay, where players can take direct control over Ivan for the game’s eight original episodes, but also the brand-new ninth episode.

The timing of each line of dialogue is placed perfectly to react with what’s happening on screen and helps to really bind Little Orpheus together. Thus, making it feel more like an engaging storyteller and his sidekick, narrating a playable adventure than just another run of the mill platformer that makes you play the game and adds some story elements here and there. For an

In terms of what is possible with regards to the actual platformer, Little Orpheus is rather straightforward in its execution. Instead of a life or health system, there are checkpoints spread out across each episode. So, in the event Ivan mistakenly perishes, players can resume from the last checkpoint and try again, making every effort to overcome where they went wrong last time.

As for the controls, players are free to run, jump, drag, slide, swing, interact with and discover which, when you think about the first few things, is kind of funny. Despite the physical nature of these actions, when Ivan was selected for the Shukovgrad Interiornaut Exploration Programma SSSR in 1961, he actually failed the physical examination. Yet, thanks to his 1962 exploits in Plutonia, his physical prowess is unmatched and he can swing on vines all day long, just like Tarzan himself.

Of course, another funny fact is not only did Ivan fail the physical, but he even cheated on his entrance exams, was caught doing so and still managed to be selected. Talk about an unlikely hero. That said, he’s still very likeable nonetheless and spending time with him across the game’s nine episodes, only made me like him more.

It is worth mentioning, each episode can take around half an hour or longer to complete, and on the subject of replay value, other than Little Orpheus being a magnificent game anyway, each episode is worth playing for a second time. The reason for this is due to the game’s Lost Records, an added mode where players can replay Ivan’s adventures in a bid to discover orbs scattered throughout each episode, unlocking behind the scenes content and outfits of a hilarious nature. What’s more, the number of orbs can and do in fact very between episodes.

One of the most important things to disclose, however, is the general design and look of the game, which can only be described as “exceptional.” Little Orpheus is a beautiful game in every area worth ranking and the backgrounds to each area, always give off the impression of being lively and entertaining. Plus, you know, being hounded by a Tyrannosaurus Rex, with HD Rumble, it honestly doesn’t get better than that and yet, Little Orpheus does because that’s just what happens in Episode 1.

In reflection, Little Orpheus is truly one of the best platformer games I have played all year, and exceedingly enjoyable all throughout. From beginning to end, it is an utter delight that serves as an engaging rollercoaster ride. It’s fantastic the game has finally come to consoles for more of us to enjoy and is certainly worth the purchase. Do it for The Chinese Room and more importantly, do it for comrade Ivan Ivanovich Privalov.