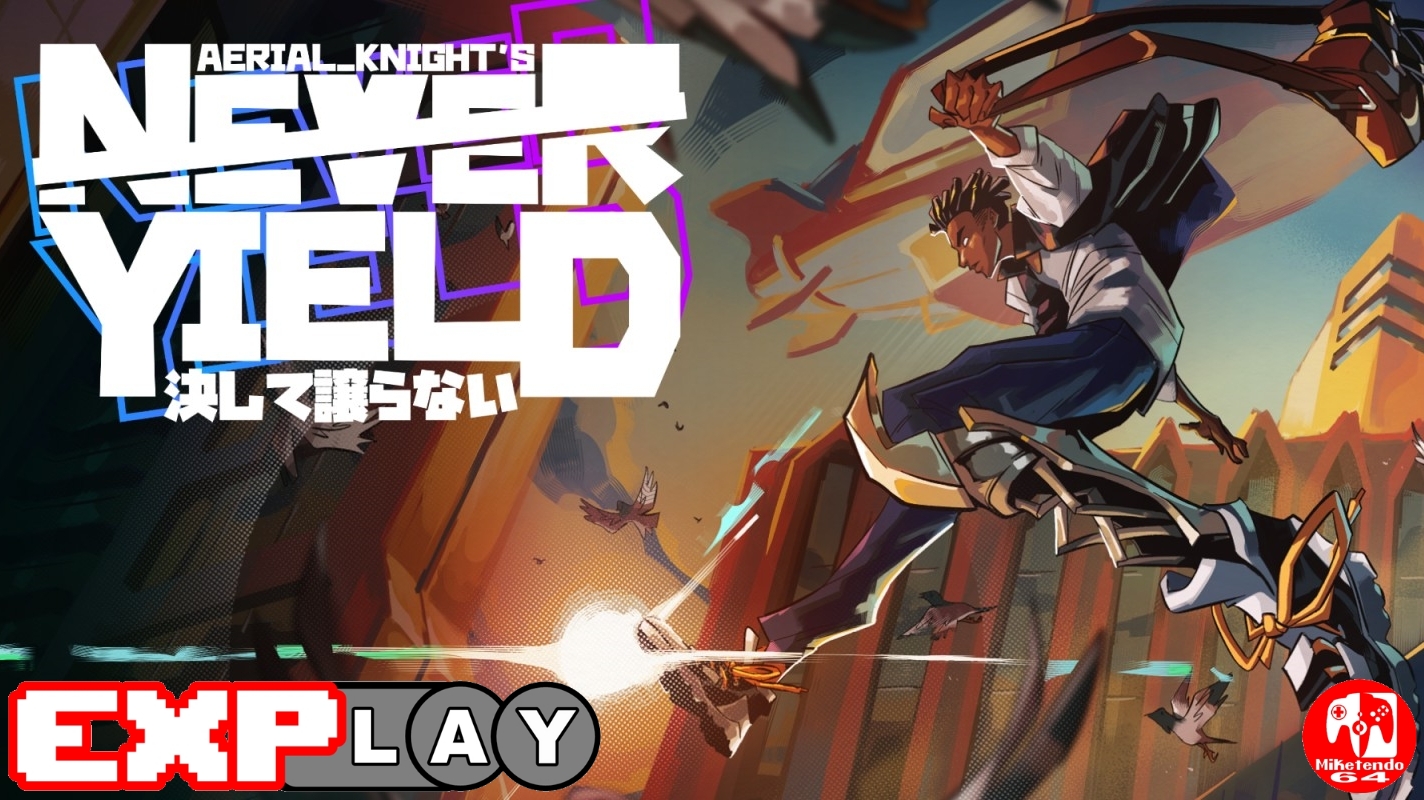 Welcome to EXPlay, (Explain & Play) the review series where we care not for scores but tell it how it is when it comes to every game we get our hands on, whilst also taking the time to include some lengthy gameplay, to give you the reader, the chance to shape your own impressions and views whilst watching and reading. In this installment, we’re covering Aerial_Knight’s Never Yield by developer Aerial_Knight.

From working on games like Jett and Dot’s Home to developing his own games, Murder the Reaper, Clique – Dead Art Games, Neil Jones, better known as Aerial_Knight has fought tooth and nail to end up in the position he now holds, so it’s no wonder why he opted to include his alias as part of Never Yield’s name.

Of course, this is no longer the original Aerial_Knight’s Never Yield that players were first introduced to. It’s still the same narrative driven runner fans loved, but when the game in its original form was released, there were some criticisms, such as the lack of leaderboards.

The majority of the criticisms were then swiftly addressed and corrected thanks to the release of a free content-based update, literally named “Da Update” back in March of this year (2022). So now, on top of the game’s original content, players can now take advantage of an endless mode, in-game achievements, an overhaul of the game’s original UI, graphical updates, bug fixes, tweaks and updates to level and story, and, last but not least, new music.

You are Wally, a male protagonist who has discovered a terrible secret, along with the devastating evidence, which if released, will invoke a great change before his city and now he must outrun those who wish to seek him out and silence him. Across the game’s original thirteen levels, on whatever difficulty choice you have opted to play through, Wally must run, jump, slide his way through, past and over the obstacles in his path, with only checkpoints being your true best friend, should you react a little too late.

The controls are simple but timing is everything and, provided you can survive long enough to make it to the end of each level, new outfits can be obtained for Wally, thus helping to give some well-needed customization for character variety, and giving the game some extra replay value for those who wish to put the time in and complete each stage in each outfit. Plus, for those out there looking to make a name for themselves, again, online leaderboards are now present thanks to Da Update.

Whether you choose to download the digital release straight from the eShop and the version 1.1.1 update or pick up the physical release of Aerial_Knight’s Never Yield by Super Rare Games, which comes with all the regular SRG goodies at a higher price tag, but we’ll worth it if you’re a collector, there can be no denying a simple truth. Aerial_Knight’s Never Yield was already a mildly impressive game in its own right but thanks to all the added content thanks to Da Update, we can drop the mild and outrightly label it an all-round impressive runner.