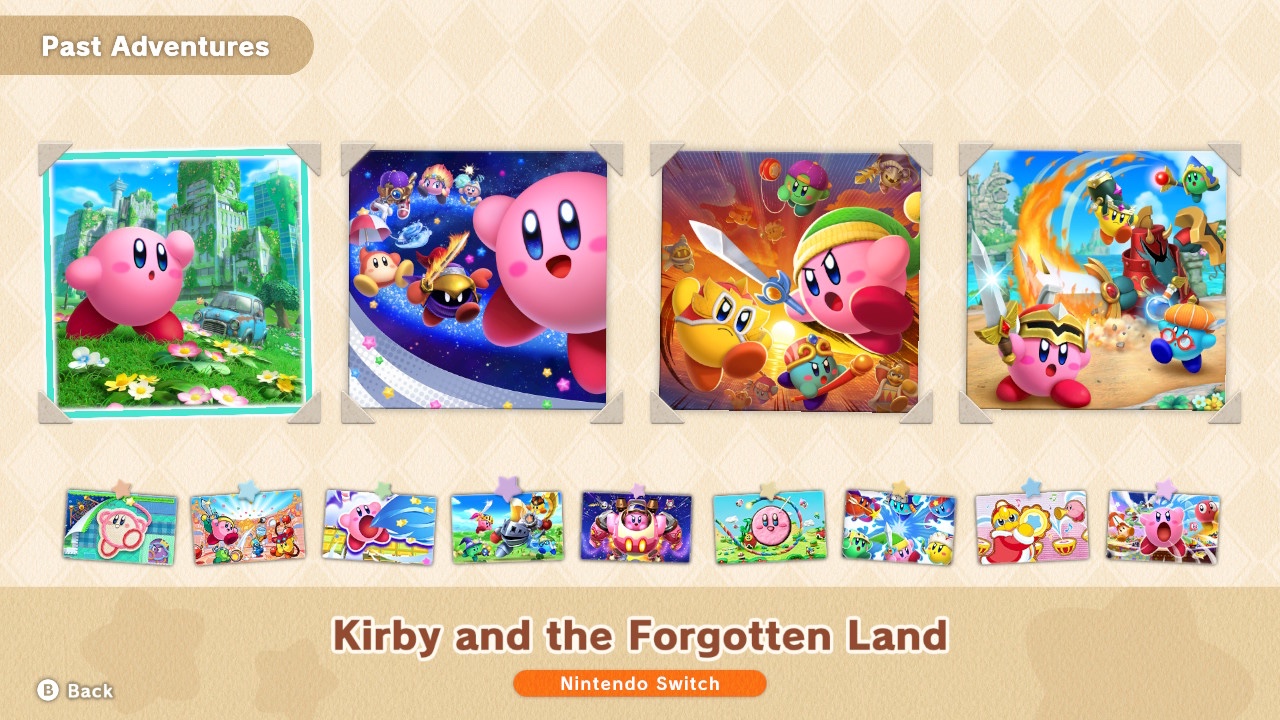 Now that Kirby’s Dream Buffet is out now on Nintendo Switch, the Fall Guys inspired gameplay is now available for anyone who chooses to pick it up. However, should diehard Kirby fans pick up the game and play at least one minigame, when returning to the game’s home table, players will be able to unlock bonus music tracks, so long as they have played any of the following Kirby games on their Nintendo Switch:

For possessing save data for any of the games listed above, players are rewarded with three different music tracks associated to each game, which can then “be played during races.” For clarity, In the event you have only played one or a couple of the Kirby games listed above, you will only unlock the music tracks for the games you have played. The tracks for the games you haven’t played will remain locked until you have.

Roll through a smorgasbord of food-themed stages in 4 rounds of 4-player* fun as Kirby…who seems rounder than usual? Race through delicious obstacle courses to collect strawberries as Kirby grows. Then, turn the tides in the final round—a fruity fight atop a floating platform.

Power up with Copy Foods: