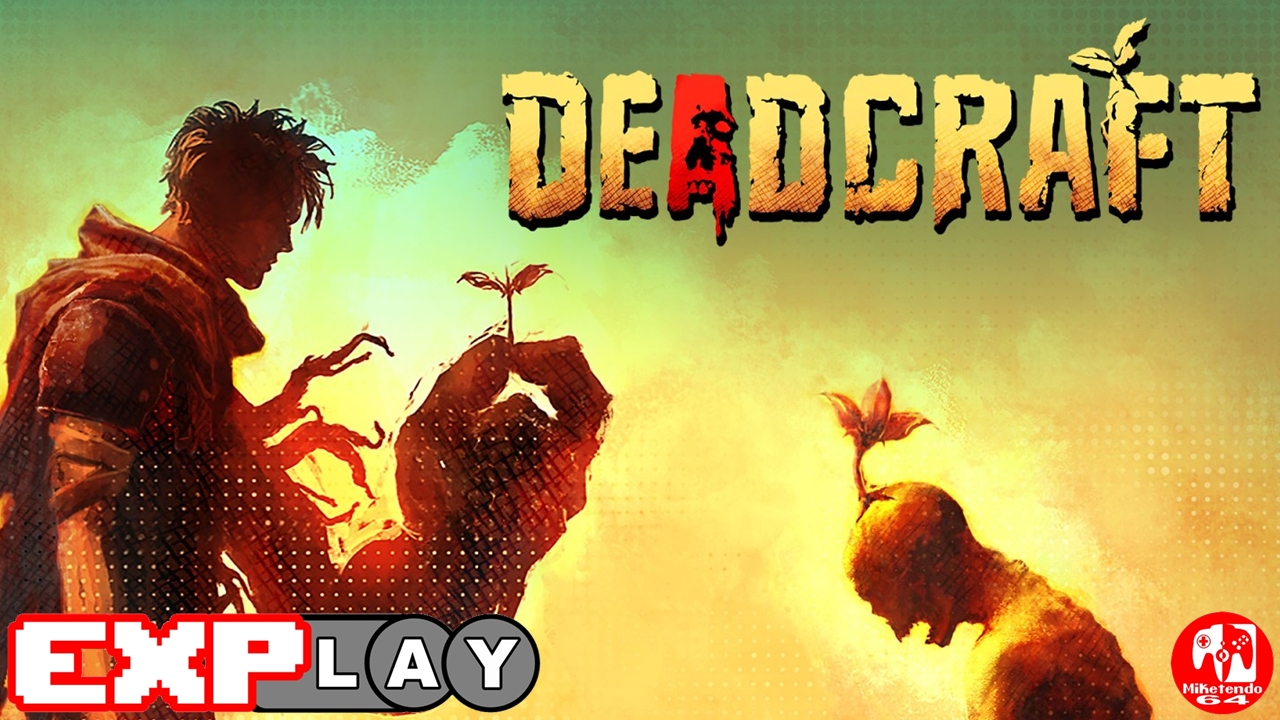 Welcome to EXPlay, (Explain & Play) the review series where we care not for scores but tell it how it is when it comes to every game we get our hands on, whilst also taking the time to include some lengthy gameplay, to give you the reader, the chance to shape your own impressions and views whilst watching and reading. In this instalment, we’re covering DEADCRAFT by developer/publisher Marvelous.

DEADCRAFT is a third-person, action/simulation game from Marvelous. Set in a post-apocalyptic world, players take control of Reid, a half-human/half zombie who has escaped the clutches of some unsavory characters and is now looking to seek his revenge on them. In order to do so, Reid needs to rally an army of his own or rather, farm them. By using the corpses of your enemies, you can plant and “grow” them to enlist them into your army.

Gameplay is twofold. It is an action-adventure game with crafting and farming mechanics. As Reid, players must fight enemies, either human or zombie, and loot them for any materials that they may drop. You can also find materials scattered around in the form of rocks, rags, car parts, dead rats, and water buckets. These materials can be used to craft weapons, amenities, and recovery items. The latter is the most important of all as some actions like attacking or dodging enemies consume energy. When your energy has depleted, your HP will begin to decrease and if that hits zero, it will be back to when you last saved.

DEADCRAFT also has another kind of gauge (there are about five in total including HP, Energy, Hunger, and Thirst). This is your Zombie meter. By default, it is halfway between human and Zombie. When you use special Zombie Powers during confrontation with enemies, the Zombie part of the gauge will drop. It will also alter depending on what items you use which can swing the gauge one way or the other. If the gauge goes too far human, you will not be able to move or use your Zombie Powers for a while. If the gauge goes too far zombie, you will be stronger but the human NPC’s will be afraid of you and attack. You can use certain items to readjust the balance or it can reset itself when you go to sleep.

With every kill and item you claim, you will earn Survival Points (these serve as skill points) that you can use to unlock new skills and crafting options. By learning new skills, you can lower hunger and thirst depletion, learn how to craft weapons and ammo, and even construct different kinds of apparatus that can be used to refine crude materials into something more palatable or usable.

Although the main objective of the game is to seek revenge on Reid’s enemies, you can also take on sidequests that will net you materials, and coin. Coin that you can spend on any materials or items from stores that might save you a trip from trying to find them in the wild. These requests are optional but are fairly handy when you find yourself a little short. An alternative also exists that you can attempt to shakedown folks in order to liberate them of their personal effects. This has the consequence of increasing your notoriety and some people will be less inclined to help you when you may need it most.

DEADCRAFT is most certainly an interesting game that combines quite a number of gaming mechanics into a single title. It may seem a little overwhelming upon first look but the game introduces you to each element little by little, giving you the chance to learn and understand how a certain mechanic works before dropping the next lesson on you.